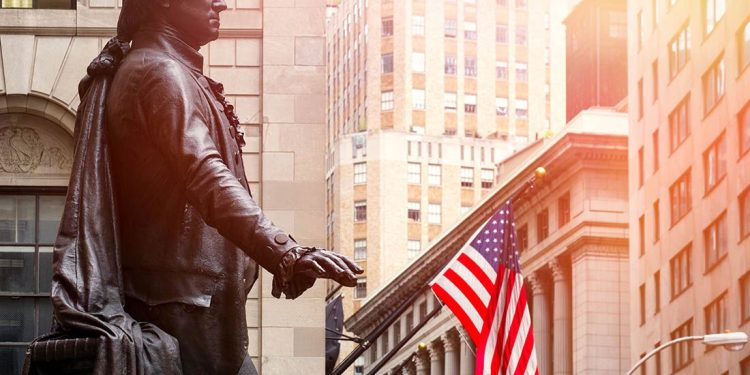 U.S. CPI Poses Risk: The Pound to Dollar rate has rebounded sharply from earlier losses and may attempt to recover further in the days ahead but it could also be at risk of unravelling again if this Thursday’s inflation data provides an endorsement of the Federal Reserve’s (Fed) ever more hawkish interest rate stance.

Sterling was bought widely while U.S. Dollars were sold selectively in exchange for mainly European currencies on Monday but it’s this Tuesday’s congressional elections and Thursday’s release of October inflation data that will matter most for how the Dollar and Sterling end the week.

“The bigger downside risk for the dollar is that the Republicans secure control of both the House and the Senate, which would imply a hamstrung administration unable to deliver fiscal support in a downturn,” says Francesco Pesole, an FX strategist at ING.

“A split Congress (House control going to the Republicans) may be mostly priced in, and the implications for the dollar could be relatively limited,” Pesole said on Monday.

While Tuesday’s election will impact the outlook for U.S. government spending and inevitably garner much market attention, it’s Thursday’s release of October inflation figures that have the most scope to impact expectations for Federal Reserve policy and so the outlook for the Dollar.

Above: Pound to Dollar rate shown at daily intervals with selected moving-averages and Fibonacci retracements of May downtrend indicating possible areas of technical resistance for Sterling. To better time your payment requirements, consider setting a free FX rate alert here.

The Pound rose back above 1.14 on Monday after falling as low as 1.1150 last week but will meet technical resistance near and above 1.15 and would run the risk of unravelling back toward last week’s low if October’s inflation figures offer vindication to the Fed for its every more hawkish policy stance this Thursday.

“GBP/USD can fall this week if the USD strengthens as we expect. Last week’s ‘dovish’ Bank of England (BoE) hike contrasted with FOMC Chair Powell’s hawkish comments,” says Carol Kong, an economist and currency strategist at Commonwealth Bank of Australia.

“The divergence between the BoE and the FOMC is a weight on GBP,” Kong and colleagues also said on Monday.

Thursday’s data would vindicate the Fed if it shows U.S. inflation holding stubbornly around September’s levels or if it shows inflation rising further during an October month for which economists are looking to see both the overall and core inflation rates falling slightly.

U.S. inflation is all the more relevant for the Pound following last week’s remarks from Bank of England (BoE) Governor Andrew Bailey and Federal Reserve Chairman Jerome Powell, which made clear an increasingly stark contrast between the stances of the two central banks.

Above: Pound to Dollar rate shown at weekly intervals with selected moving-averages and Fibonacci retracements of May downtrend indicating possible areas of technical resistance for Sterling.

U.S. CPI Poses Risk: Chairman Powell warned last Wednesday that recent employment and inflation figures emerging from the U.S. have argued in favour of an even steeper increase in interest rates than was suggested in September’s forecasts, leading economists and markets to revise up their expectations.

Powell’s comments left little doubt that policymakers will maintain their aggressive tightening approach in the near term and, on balance, we think today’s payrolls report strengthened the case for more tightening,” says Jonas Goltermann, a senior markets economist at Capital Economics.

“Next week’s pivotal (pun intended) data point will be the US CPI data, which our US economics team forecasts to come in softer than consensus, although still indicating a pace of price increases well above the FOMC’s target,” Goltermann said in a Friday market commentary.

November’s press conference led economists and markets to begin entertaining the idea of U.S. interest rates rising above 5% in the second quarter of next year just as the BoE sought to dissuade the market of the notion that Bank Rate may be likely to rise from 3% to 4.7% over the same period.

The BoE indicated that it thinks that its eighth increases of Bank Rate since last December are enough to ensure that inflation falls back below the 2% target over the coming years and in part due to the effect of high energy prices stemming from the conflict in Ukraine.

“Despite the dollar’s correction on Friday, the pound still has to fully recover from the post-Bank of England blow. Indeed, the combination of a highly concerning
economic outlook and a forced dovish repricing in rate expectations looks set to keep the pound rather unattractive,” ING’s Pesole said on Monday.

“This week, 3Q growth figures are the highlight in the UK calendar, and our economist forecasts a 0.5% quarter-on-quarter contraction, which should all but endorse the BoE’s more cautious approach,” Pesole adds.

High energy prices are expected to eat into incomes and disrupt economic activity to a greater extent than in the U.S., which is a dynamic that is expected to be illustrated by Friday’s UK GDP data for September and the third quarter.

The consensus among economists suggests GDP fell by -0.4% in September and by -0.5% for the third quarter overall, likely vindicating the BoE a pessimistic forecast suggesting last week that the UK economy is on course for a two-year period of contraction.

“We expect Q3 22 GDP to show the UK economy is heading for recession. UK consumer confidence hit record low levels in September. The relative outperformance of the US economy relative to the UK is yet another weight on GBP,” CBA’s Kong and colleagues also said on Monday.