Pound to New Zealand Dollar Curbed from Both Sides of Equation 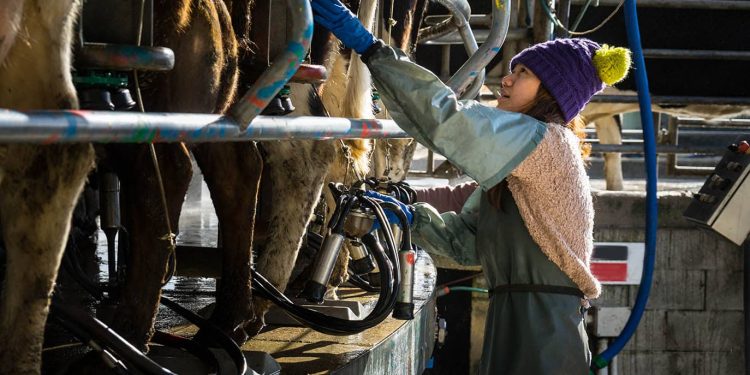 “Just as I find UK rates getting to 5% hard to get my mind round, so I do with New Zealand, but no wonder, if we compare what the market prices for RBA and RBNZ, that AUD/NZD is still being squeezed mercilessly and NZD is doing well across the board now,” – Kit Juckes, Societe Generale

New Zealand’s Dollar notched up its strongest gain over a broadly weaker Pound when outperforming other G20 currencies on Tuesday following a third quarter inflation report in which the annual pace of Kiwi price growth far overshot the latest Reserve Bank of New Zealand (RBNZ) forecast.

Kiwi inflation rose by 2.2% in quarter-on-quarter terms and at an annual pace of 7.2% when the RBNZ had assumed a quarterly outcome of 1.4% and annual increase of 6.4% in its August Monetary Policy Statement.

The data follows other figures released last week showing consumer spending growing at a robust pace and may mean there is a risk of the RBNZ judging that New Zealand interest rates will need to rise further than previously thought in order to bring inflation back within the one-to-three percent target band.

“The market is now leaning for the RBNZ to hike by 75 basis points (about 70 bps priced in) at the November 23 meeting, which would be the first time the bank has hiked by more than 50 basis points for this cycle,” says John Hardy, head of FX strategy at Saxo Bank.

Above: GBP/NZD shown at daily intervals with Fibonacci retracements of 2022 downtrend and selected moving-averages.

The Kiwi did especially well while the Pound struggled from the outset on Tuesday amid speculation about whether the Bank of England (BoE) will or won’t go ahead with sales from its £838BN government bond portfolio.

The BoE said in September it would sell down its holdings “by around £80 billion over the next twelve months” but also previously warned this would be “subject to economic and market conditions being appropriate.”

“The BoE had previously delayed the start of active gilt sales from 6 October until the end of this month in response to the market volatility generated by the government’s “mini-budget,” says Tullia Bucco, an economist at UniCredit Bank.

Sterling had benefited from a broad relief rally on Monday when the latest Chancellor announced a sweeping reversal of September’s fiscal statement and forewarned that HM Treasury is also likely to seek to make budget savings through cutbacks to public spending in the near future.

While all of this may have gone some way toward assuaging bond market concerns about fiscal sustainability it also amounts to a further headwind for the economic outlook and hence why many analysts have remained pessimistic about the prospects for the Pound.

Above: GBP/NZD at weekly intervals with selected moving-averages.

“The tightening of fiscal policy including spending cuts makes it more likely that the UK economy will fall into recession. At the same time, by making energy price support less generous from April of next year it could result in inflation remaining higher for longer,” says Lee Hardman, a currency analyst at MUFG.

“In these circumstances, we are not convinced that the UK’s weak macro fundamentals justify the pound continuing to strengthen once the initial relief rally fades. Similarly, we see the broader US dollar sell-off as just a temporary correction lower,” Hardman wrote in a Tuesday market commentary.

The next major event for Sterling is Wednesday’s release of UK inflation figures for September, which could impact the extent to which the Bank of England lifts interest rates in November, although there is uncertainty about whether any size of interest rate change could do much to improve sentiment toward the Pound.

Meanwhile, with the Kiwi economy and currency both outperforming, the multi-week recovery in GBP/NZD would appear to be all but over.

“I can’t imagine anyone being very surprised that the Bank of England is reported to be delaying the start of QT, due to current gilt market volatility. It’s obviously not a sterling-friendly move,” says Kit Juckes, chief FX strategist at Societe Generale.

“Just as I find UK rates getting to 5% hard to get my mind round, so I do with New Zealand, but no wonder, if we compare what the market prices for RBA and RBNZ, that AUD/NZD is still being squeezed mercilessly and NZD is doing well across the board now,” Juckes also said in a Tuesday note to clients.