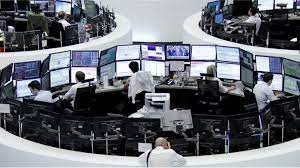 By Kevin Buckland TOKYO (Reuters) – The safe-haven dollar clawed back some of its overnight losses on Tuesday and the yen also strengthened as U.S. stock futures sank following a profit warning from Snapchat, souring the mood after Wall Street’s strong start to the week.

TOKYO (Reuters) – The safe-haven dollar clawed back some of its overnight losses on Tuesday and the yen also strengthened as U.S. stock futures sank following a profit warning from Snapchat, souring the mood after Wall Street’s strong start to the week.

Dollar bounces: The dollar index, which measures the currency against six major peers, added 0.1% to 102.24, bouncing after Monday’s 0.85% tumble took it further from the nearly two-decade peak above 105 that it hit mid-month.

The greenback, though, slipped against the pre-eminent haven currency, the yen, dropping 0.2% to 127.655 yen.

Traders pointed to an after-the-bell profit warning from Snapchat owner Snap, which saw the stock tumble 28% in extended trading.

Despite the respite on Tuesday, the U.S. currency has been falling broadly alongside a decline in Treasury yields from multi-year peaks, with aggressive easing by the Federal Reserve already priced in.

Meanwhile, positive signs for the global economy such as Shanghai’s expected emergence from weeks of crippling COVID-19 lockdowns and U.S. President Joe Biden’s comments this week towards a possible easing of the trade war with China have lifted sentiment at the dollar’s expense.

The release of global manufacturing PMIs over the course of Tuesday will be another key focus for currency traders.

“If the data is good, that should continue the trend of an easing dollar as the global economy recovers from various shocks,” said Joseph Capurso, a strategist at Commonwealth Bank of Australia.

“The U.S. dollar is carving out a peak and the commodity currencies like the Aussie are carving out a bottom, but it’s going to be bumpy.”

The Antipodean currencies rallied 0.83% and 0.91% respectively on Monday.

Westpac predicts the kiwi could top $0.69 by year-end, on a rally fuelled by both a climb-down in Fed tightening expectations and optimism about a China reopening.

“It’s too early to conclude Fed pricing will not rise again, given officials emphasise front loading of the cycle, so that a final burst of USD strength is possible over the next month or two,” Westpac strategist Imre Speizer wrote in a client note. “But beyond that, we expect USD strength to fade.”

The euro retreated 0.22% to $1.0667, although barely denting the 1.17% surge from Monday, when European Central Bank President Christine Lagarde said policymakers were likely to lift the euro area deposit rate out of negative territory by the end of September.