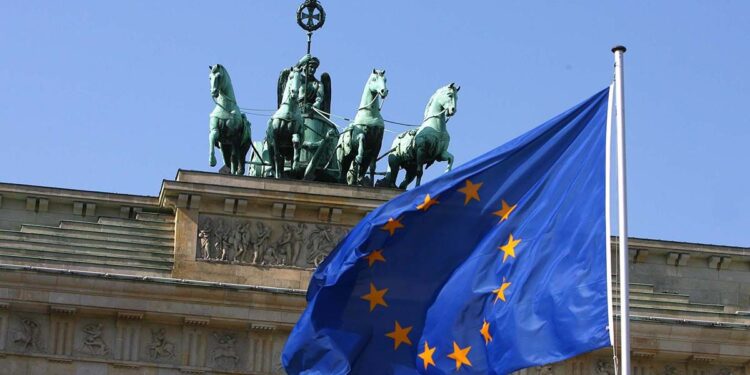 EUR/USD Volatility Ahead: Sweden and Finland are struggling to make good on their desire to join the North Atlantic Treaty Organization (NATO) as Turkey holds up their application. Membership requires the approval of all 30 members. Ankara has accused the Nordic states of hosting “suspected militants from the Kurdistan Workers’ Party (PKK), a group it views as a terrorist organisation.”

These developments occurred against the backdrop of the US Senate voting to approve a $40 billion aid package to Ukraine. Russian forces continue to fortify their position in the east, with a focus on Donbas and Donetsk. Moscow is purportedly readying offensive forces to launch an attack on the city of Severodonetsk. With such a seemingly offensive posture, how is Russia managing Western the sanctions?

The Russian Ruble continues to be the top-performing emerging markets currency, with a total return of over 33 percent year-to-date against the US Dollar. Strong trading relationships with China and India ensure foreign currency continues to flow into the country. European capital continues to flow in exchange for natural gas as well, despite the region’s alliance with the US in opposition of Moscow’s invasion.

Moscow was granted an extension on servicing its debt through a loophole called the “sovereign debt carve-out”. However, this temporary measure expires on May 25, and without an extension, Russia could face default. Panic triggered by the prospect of such an outcome could ripple out and affect neighboring currencies, while simultaneously bolstering the US Dollar amid surging demand for liquidity.

Economists are expecting May’s flash manufacturing, services, and composite PMIs for the Eurozone to come in at 54.8, 57.5, and 55.0, respectively. While the estimates are hovering above the 50.00 mark – which indicates expansion, while values below denote contraction – traders may exercise caution.

The macro-fundamental environment is looking increasingly bleak, with geopolitical tension in Europe with the war in Ukraine and contracting growth in China due to COVID-19. Concerns about stagflation are at the forefront as price growth continues to hover at multi-decade highs and tightening credit conditions are stoking recession fears.

Analysts are also looking at US PMI figures for the same time period, with expectations for manufacturing, services, and composite to show readings of 57.8, 55.5, and 55.5, respectively. Like in the Eurozone, while technically in expansionary territory, these figures would mark deceleration from the prior month.

The Federal Open Market Committee (FOMC) will also be publishing the minutes from its latest policy meeting held earlier this month. Nuanced commentary will be key, as it may give traders more insight to the committee’s outlook. What then might be the dynamics of the US Dollar vis-à-vis the Euro?

Increasingly soft data out of Europe could apply bearish pressure to the single currency, though this may be limited as policymakers emphasize the need to get inflation under control. Extraordinary circumstances would be needed to cause a serious reversal in ECB monetary policy. Consequently, this may limit downside Euro volatility.

For the US Dollar, its rising yield advantage and leading status among global reserve currencies means it can have appeal in risk-on and risk-off circumstances. Having said that, a reversal akin to what happened to EUR/USD in March 2020 remains a possibility. The currency pair surged then, but why?

The interest-rate differential between the US Dollar and Euro at that time meant the Greenback had a deeper potential fall with respect to how much the Fed could lower rates relative to the ECB. Consequently, EUR/USD rallied. This dynamic reversedonce that was priced in however, and the pair plunged. It is not inconceivable that something like this could happen again.

READ MORE: How to Trade the Impact of Politics on Global Financial Markets

On Monday, US President Joe Bidenintroduced his new strategy in Asia to counter rising Chinese influence: the Indo-Pacific Economic Framework (IPEF). The announcement came alongside a meeting of the Quad alliance of Japan, Australia, India, and the US.

As China fortifies its regional position – leveraging its burgeoning economic power and political influence via a swath of new institutions – the US has seemingly felt the need to provide a counteroffer. The IPEF aims to fill this function.

Concern about an increasingly hostile China is worrying its Southeast Asian neighbors, particularly Taiwan. Amplifying this concern is President Xi Jinping’s calls to protect overseas assets and prohibit Minister-level officials (as well as their children and spouses) from owning significant assets abroad, directly or otherwise.

This measure was seemingly triggered after US sanctions led to some Russian assets being frozen or confiscated. The play here might be to preemptively cut off a soft power vector allowing Washington (or another actor) to use offshore asset holdings as a vehicle to punish China for some future action. Policymakers are worried that this reshuffle is an early signal that Beijing is preparing to do something that will it expects will upset the global order enough to warrant a sharp-elbowed response from the West.

EUR/USD recently bounced by almost 3 percent from a five-year low at 1.0352. Prior to the brief recovery, positive RSI divergence indicated downward momentum was slowing. The jubilant mood may last until EUR/USD has to contend with a resistance band between 1.0851 and 1.0933.

If the pair is unable to clear either, this is likely send a bearish chill. Traders may conclude that the recovery was more a function of eager buyers looking to capitalize on what was a discount price rather than the start of a longer, sustained recovery. That could trigger a knee-jerk reaction and lead to a sharp selloff.

The dollar is at its lowest level ...