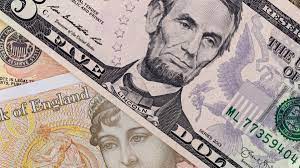 RISK EVENTS FOR THE WEEK AHEAD

GBP/USD Continued Dollar Weakness: Tomorrow UK PMI data will shed some light on the state of the UK economy as stagflation concerns continue. On Wednesday, we have the FOMC meeting minutes which has been known to cause elevated short-term volatility. Thursday we have the second estimate of Q1 GDP which is unlikely to cause any major movements provided we see a similar figure to the flash data. Then finally, on Friday we have US PCE inflation data which is forecast to provide a second successive month of lower data.

After the month-on-month growth contraction in March, traders and investors will be closely monitoring complementary data prints that provide an indication of future economic activity.

All PMI data apart from the euro zone took a negative turn in the recent respective prints but remain above the 50 mark. Tomorrow we have UK manufacturing and services PMI data which are both readings expected to continue the trend lower. The fundamental picture for the UK certainly faces many challenges, mainly: stagflation concerns and the prolonged issues around the Northern Ireland protocol governing goods entering Northern Ireland and possibly the rest of the EU from the UK.

Sterling has taken advantage of the softer US dollar and made some headway after printing the yearly low at 1.2265 ten days ago. Last week US retail giants Walmart and Target confirmed the stark turnaround in consumption and spending levels as consumers tightened their belts in a response to surging prices and sought out cheaper alternatives where possible.

The 1.2675 – 1.2700 level of resistance poses the next challenge to a bullish continuation while support comes in at 1.2400 followed by 1.2250. The RSI has emerged strongly from oversold conditions and currently tests the midline of the indicator. However, the average true range, a measure of volatility, remains elevated – opening the door to two-sided price action.

Large speculators and hedge funds have remained sizeably net-short (light blue line) but appears to have flattened out recently. The softer US dollar amid increasing recession risks could necessitate more balanced positioning in the weeks ahead if the dollar decline continues. Such an adjustment would take place via a reduction in shorts, increase in longs, or both – which would be positive for long a GBP/USD bias.

We typically take a contrarian view to crowd sentiment, and the fact traders are net-long suggests GBP/USD prices may continue to fall.

Positioning is more net-long than yesterday but less net-long from last week. The combination of current sentiment and recent changes suggests a ‘mixed’ GBP/USD trading bias.