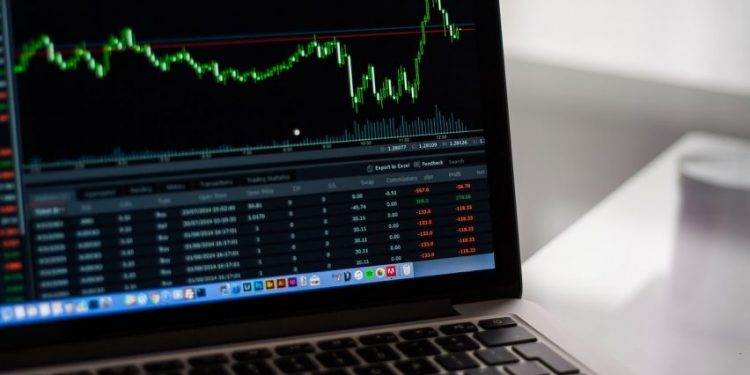 Forex Signals Brief: On Wednesday evening the Federal Reserve decided to increase interest rates by 50 bps to 1.00% and chairman Powell left the door open for more 50 bps hikes in the next few meetings. Although, the market was fearing a 75 bps hike, so it got disappointed a little and the USD tumbled lower, while the stock market rallied. Yesterday, the market was still digesting the FED decision and it came to the conclusion that the USD is the best bet among major currencies right now.

So, the USD started reversing yesterday and it gained against all currencies as risk sentiment turned negative again. Chinese Caixin services showed a deeper contraction than the PMI reports we saw over the weekend, which means that commodities will decline, with Gold already making a quick reversal down yesterday in the US session. The Bank of England hiked interest rates by 25 bps which is the fourth consecutive hike, but that failed the convince the GBP, which continued lower after the decision.

The Toky core CPI inflation showed a jump for April at last, although it still remains quite low compared to other major economies apart from China. The monetary policy statement from the Reserve Bank of Australia didn’t do much good for the AUD. The unemployment rate in Switzerland is not expected to change, but at 2.2% it remains quite low.

Yesterday we opened two new forex signals, although the sudden reversal in the USD higher and risk assets lower was a bit tough to predict after the reverse move the day before, after the FED meeting. As a result, we stayed out of the USD and decided to stick to cross currencies and stock markets.

Stock markets have been on a retreat since early this year, after being bullish for nearly two years, as central banks kept pumping cash, fuelling the bullish trend. Now, they have started to hike interest rates after turning the rhetoric bullish late last year and stock markets have been declining since January. Although, after FED’s 50 bps hike which disappointed the markets, risk assets rallied on Wednesday evening. Yesterday we saw a retreat and decided to go long on Dow Jones Index DJIA, since it has formed a decent support at the 100 weekly SMA.

We have been long on EUR/GBP on several occasions in the last two weeks, with the momentum being bullish in favour of the Euro, while the GBP has been quite bearish. Moving averages have been doing a great job as support indicators and we decided to buy this pair yesterday at the 20 SMA (gray)  on the 15 min chart after the jump post BOE meeting and the small retreat afterward.

FTM/USD used to be quite bullish until the middle of January as it retested the previous highs from October last year. But the Wonderland controversy weighed on the DeFi coins early this year which made Fantom join the rest of the crypto market which was on a bearish trend since November.

Then the departure of key personnel such as Andrew Cronje weighed further on Fantom which broke below $1 and below the support zone around $0.90. But the last support area above $0.60 seems to have held its ground and now Fantom is bouncing higher. We are thinking of buying this cryptocurrency, but would like to see a retest of the support zone.

The support above $0.60 held for FTM/USD

We decided to buy Terra LUNA token since this cryptocurrency has been the most bullish among major ones for many months, as it continues to make higher highs until last month. LUNA/USD retreated in January, falling to the low $40s, but the 200 SMA (purple) held as support twice and buyers resumed the uptrend again.

Luna almost reached $120 earlier this month but retreated lower again although this time it was the 100 SMA (green) which held as support where we decided to open a buy signal. LUNA/USD started to bounce off this moving average but the 20 daily SMA (gray) stopped the bounce and now the price has returned back down to the 100 SMA.