Gold Price Rebound Vulnerable to Slowdown in US Consumer Prices 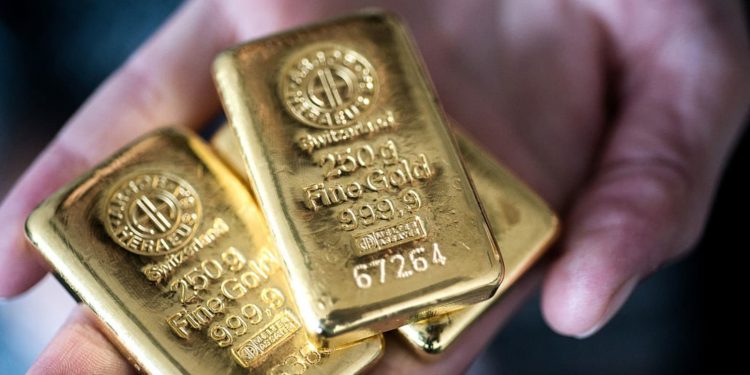 Gold Price Rebound Vulnerable: The price of gold extends the advance from the monthly low ($1851) as the Federal Reserve lays out a preset path for monetary policy, but the update to the US Consumer Price Index (CPI) may rattle the recent rebound in bullion as inflation is expected to slow for the first time since August.

The price of gold appears to have reversed course ahead of the 200-Day SMA ($1836) as the decline from the start of month failed to push the Relative Strength Index (RSI) into oversold territory, and the precious metal may stage a larger recovery over the coming days as the Federal Open Market Committee (FOMC) appears to be in no rush to wind down the balance sheet to pre-pandemic levels.

However, efforts to combat inflation may produce headwinds for bullion as major central banks normalize monetary policy, and fresh data prints coming out of the US may drag on the price of gold as the CPI is expected to narrow to 8.1% from 8.5% per annum in March.

Evidence of easing price pressures may dampen the appeal of gold as the FOMC stays on track to deliver higher interest rates over the coming months, and the central bank appears to be on track to deliver another 50bp rate hike at its next interest rate decision on June 15 as the “Committee is determined to take the measures necessaryto restore price stability.”

Meanwhile, the CME FedWatch Tool reflects a greater than 70% probability that the FOMC will push the Fed Funds rate to 1.50% to 1.75% from the current threshold of 0.75% to 1.00% even though Chairman Jerome Powell insists that a “75 basis point increase is not something the committee is actively considering,” and speculation for a further shift in the central bank’s exit strategy may keep a lid on gold prices as the committee normalizes monetary policy at a faster pace.

With that said, the price of gold may stage a larger rebound over the coming days as it appears to be reversing course ahead of the 200-Day SMA ($1836), but a slowdown in the US CPI may drag on bullion as major central banks step up their efforts to curb inflation.

Forex Signals Brief for May 8: Employment ...