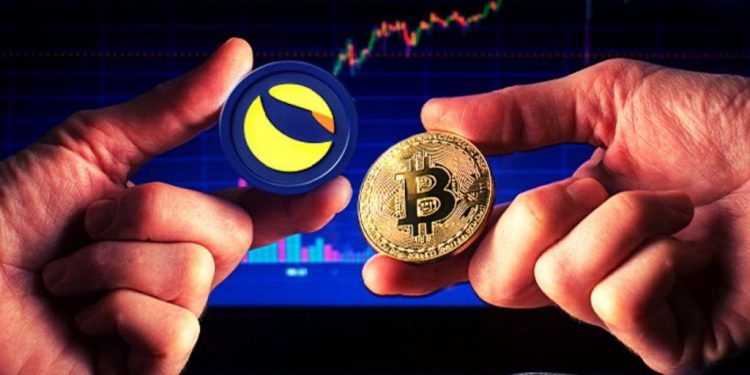 The Luna Foundation Guard has acquired $1.5 billion in bitcoin to bolster the reserves of its most popular stablecoin, known as U.S. Terra.

Luna Foundation Guard: Stablecoins are cryptocurrencies that aim to peg their market value to a more stable asset. This latest transaction by the Luna Foundation Guard brings it closer to its goal of accumulating $10 billion of bitcoin to back the U.S. Terra stablecoin or UST.

The Luna Foundation Guard, a non-profit mandated to build reserves for Terra’s algorithmic stablecoin UST, has bought $1.5 billion worth of the flagship cryptocurrency Bitcoin ($BTC) to add to its reserve, which is now above $3.21 billion.

As CNBC reports, the transaction brings the Luna Foundation Guard closer to its goal of accumulating $10 billion in BTC to back the UST stablecoin. To get to that point, the stablecoin may set aside a portion of the revenue generated from issuing UST to accumulate more BTC. Do Kwon also suggested the LFG will create a blockchain bridge to introduce billions of dollars worth of tokenized BTC onto the Terra network.

Do Kwon, a cofounder and the CEO of Terraform Labs, the company responsible for the development of Terra, has said he expects to reach the $10 billion goal by the end of the third quarter.

The protocol’s current reserve above $3 billion makes it one of the largest bitcoin holders in the world. Backing the stablecoin are also $200 million worth of Avalanche ($AVAX), which were acquired last month by both the Luna Foundation Guard and Terraform Labs.

Do Kwon, cofounder and CEO of Terraform Labs, the group that launched the Terra blockchain, said he expects to reach the $10 billion goal by the end of the third quarter.

The reserve now holds about $3.5 billion in bitcoin, which puts the UST Forex Reserve in the top 10 bitcoin holders in the world. It also holds north of $100 million in avalanche, another cryptocurrency.

In its latest bitcoin acquisition this week, the Luna Foundation Guard closed a $1 billion OTC swap with crypto prime broker Genesis for $1 billion worth of UST. It also bought $500 million of bitcoin from crypto hedge fund Three Arrows Capital.

U.S. Terra also joined the top 10 cryptocurrencies by market cap, according to CoinGecko.

“For the first time, you’re starting to see a pegged currency that is attempting to observe the bitcoin standard,” Kwon said. “It’s making a strong directional bet that keeping a lot of those foreign reserves in the form of a digital native currency is going to be a winning recipe.”

“The jury’s still out on the effectiveness on the subject, but I think it is symbolic in the sense now that we live in a time where there’s excess money printing across the board and when monetary policies highly politicized that there are citizens that are self-organizing to try to bring systems back to a sounder paradigm of money,” Kwon added.

Do Kwon was quoted saying that we’re “starting to see a pegged currency that is attempting to observe the bitcoin standard,” and that its bet is on “keeping a lot of those foreign reserves in the form of a digital native currency is going to be a winning recipe.”

Do Kwon added that the jury’s still out on the effectiveness of such reserve, before concluding:

On Thursday, the price of bitcoin declined 9.1%. Luna, the governance token of the Terra blockchain, slid 7.3%. The moves occurred alongside a broad and sharp decline for stocks.

The last time the Luna Foundation Guard bought $1 billion in bitcoin, bitcoin topped $48,000 for the first time since Dec. 31 and luna hit an all-time high.

“The corporate buying of bitcoin can greatly influence the value of the currency and the space itself,” said Joel Kruger, market strategist for LMAX Group. “With more demand from institutions comes added liquidity and longer-term interest, while validating the asset class at the same time.”

In addition to padding its reserves, the parties in this latest deal are on a mission to bridge a gap between traditional finance and crypto native platforms and protocols.

The last tie the LFG bought $1 billion worth of the flagship cryptocurrency, bitcoin was trading at around $48,000 and the price of Terra’s native LUNA token was hitting a new all-time high.

Terra is a Proof of Stake (PoS) blockchain in which LUNA is used to keep the algorithmic stablecoin’s peg to the U.S. dollar. While UST isn’t backed by any assets in reserve, its value is fixed through the minting and burning of LUNA as users can always swap $1 worth of LUNA for 1 UST and vice-versa.

If the price of UST drops below $1, it can be swapped for LUNA and sold for $1, making it attractive for arbitrage traders. If it goes over the $1 mark, LUNA token holders can trade tokens for 1 UST for a profit. LUNA is minted and burned to enable these transactions.

The views and opinions expressed by the author, or any people mentioned in this article, are for informational purposes only, and they do not constitute financial, investment, or other advice. Investing in or trading cryptoassets comes with a risk of financial loss.