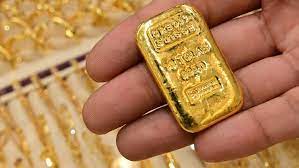 Gold Forecast: Report Nears: Gold prices are largely unchanged in Tuesday APAC trading after the yellow metal closed out January with a 1.78% loss. Bullion bulls had high hopes after breaking and holding above a key technical level in mid-January, driven by haven flows amid turbulent market conditions. However, prices came crashing back down last week when markets began to stabilize.

Now, after digesting the Federal Reserve’s latest hawkish shift, volatility is cooling, and equity prices are rising across US, European and Asia-Pacific markets. That reduction in market volatility also comes with reduced demand for other safe-haven assets, such as the US Dollar. The US Dollar DXY index shed over half a percentage point overnight, while the US benchmark S&P 500 index gained 1.89%. A weaker US Dollar typically helps gold prices, as it makes the metal cheaper for foreign purchasers. These conflicting tailwinds and headwinds for XAU make calling a direction rather difficult.

The US Dollar is taking a breather, but the Federal Reserve is well on course to raise interest rates this year, perhaps as much as 100 basis points, according to current market pricing through overnight index swaps and Fed fund futures. That would likely bring the US Dollar higher as short-term Treasury yields increase amid the Fed’s tightening policy. Given that US inflation data showed prices at the highest level in decades, it is unlikely the aggressive rate hike path will cool in the short term.

An important question to gauge gold’s direction may be: will US equity prices continue to rise alongside rising rates? That’s anyone’s guess, but if equity prices do weather higher rates and continue to rise, it would likely bode poorly for gold. Higher rates in of themselves are bad for gold. There is reason to believe that gold serves as an inflation hedge, but that isn’t a sure thing even if inflation remains sticky.

That said, bullion traders will have to be very tactical in the coming days and weeks, considering the current backdrop. A potential Russian incursion against Ukraine would likely boost prices. Another potential gold driver is this week’s US non-farm payrolls report (NFP). January’s NFP print is expected to be rather light at +150k, according to Bloomberg. That would be down from December’s 199k addition. Omicron impacts likely weighed on job growth last month. A weaker-than-expected print could entice some gold buying, as it could be seen weakening the Federal Reserve’s resolve to lift in March, even if just a little.

Gold is trading just under the psychologically imposing 1800 level after breaking below key support and the 200-day Simple Moving Average (SMA) last week. If prices fail to break back above 1800, a drop to the January low at 1778.50 may be on the cards. A break lower from there would introduce the November and December lows back into the picture.

The History of Forex