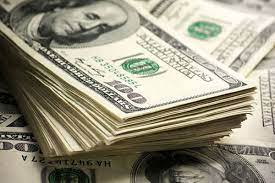 US Dollar Price Action: It’s been an unusual start to the year, at least to those that’ve come to markets over the past few years. While strong bids and higher highs have become the norm in equities, a bit of caution has begun to step-in on the expectation that the Fed will need to move away from the easy-money policies that have kept economies running throughout a pandemic.

At the last rate decision in December the Fed started to open the door for more hikes in 2022, highlighting the possibility of 2-3 hikes this year. This is largely in response to the stubborn inflation that they initially dismissed as ‘transitory.’ But, inflation has yet to abate and this really exposed the lack of accuracy in the Fed’s own forecasts and the fear now is that the bank is going to have to hurry to get back in-front of inflation.

So, with that has come the fear that rates will be quickly adjusted higher and this could force reverberations across markets, from bonds and into equities as markets brace for a new reality.

But – we’re not there yet. At this point we have a Federal Reserve that’s went out of their way to support equity markets and I don’t expect that to change, even as they begin to hike rates at some point this year, likely around March. I think each hike will be done with caution while being telegraphed from the bank, much as they’ve done since the Financial Collapse.

US Dollar Price Action: I remain bullish on USD longer-term but the near-term issue is one of levels. And, perhaps a related point – a major spot of long-term support sitting underneath EUR/USD price action.

Again this morning saw EUR/USD sellers make a push down to support (1272) before pulling back. That ‘big’ zone that runs from 1.1187-1.1212 came into play in late-November but since then, sellers seem scared to go in for a re-test.

And even when that zone is re-tested, will they have the ammunition to break through? Likely, this will need some type of fundamental surprise to bring a break into play, and this can keep the topside of the USD capped for now.

Since the webinar, the USD has pulled back a bit more but my case remains heading into tomorrow’s FOMC.

I had a longer write-up on EUR/USD published earlier today. And while the pair doesn’t have a directly bullish setup, it’s also difficult to project that the long-term support zone from 1.1187-1.1212 is yet ready to give way.

Two weeks ago saw a bullish breakout on the back of a 7% CPI print; but that move failed quickly as sellers merely used that as an opportunity to sell EUR/USD closer to the 1.1500 psychological level.

This support zone came into play in late-November and it’s held the lows for the two months since. I think the next test will lead to a similar support response, with perhaps the third or fourth test finally yielding. But, again, that’s likely going to need a fundamental factor to shift that isn’t yet visible.

Given the veracity of the move that’s priced-in over the past few weeks, there’s clearly some skepticism going on that the Fed will be able to tap dance through a murky economic forecast with continued low rates. So, rates are likely going up at some point this year. By how much and when is what’s up for debate.

When the Fed trotted out updated forecasts in December, highlighting 2-3 hikes in 2022, the S&P 500 set a fresh all-time-high a couple of weeks later. It wasn’t until we came into this year, with pointed remarks from US President Joe Biden or Treasury Secretary Janet Yellen that markets started getting freaked out to price-in as many as six or seven hikes out of the FOMC.

And as I discussed yesterday, perhaps a bigger concern is the prospect of QT, or Quantitative Tightening, when the Fed does not re-invest maturing bonds in the portfolio. This is ultimately what did the bank in during their last rising rate cycle in Q4 of 2018.

I doubt the Fed moves to rip the band aid off that aggressively but that appears to be what equity markets are preparing for at the moment.

The past two days have produced some pretty extreme volatility and that may continue. So, if looking for something with a bit more consistency it might be wise to wait for a cleaner setup, especially considering the under-side wicks on the past two daily candles.

Gold put in a test of resistance at the 1850 level. So, Gold is up as the USD has been holding a strong bid and I don’t think those two themes will run in tandem for much longer.

On the side of Gold, chasing the breakout at this point would be difficult, especially considering how well the move re-loaded at 1830 support after multiple iterations of resistance there. Short-term, this breakout can be faded back towards the mid-line of the recent range.US Dollar Price Action

Looking to Sell EUR/GBP as the Retrace ...