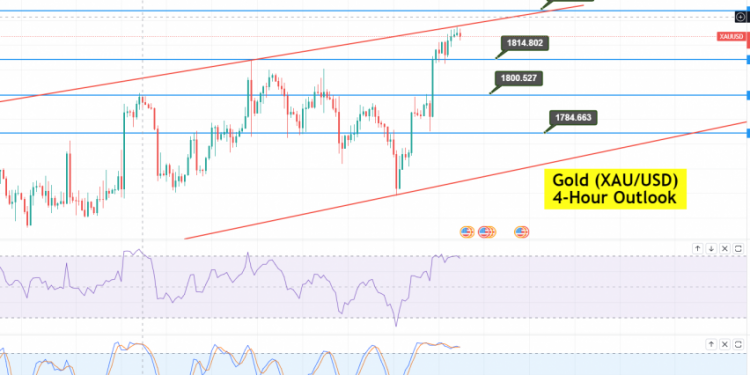 Gold Price Forecast, GOLD  prices closed at $1826.45 after setting a high of $1828.15 and a low of $1813.80. Gold surged for the third consecutive session on Monday and reached a two-month high level; bolstered by a retreat in the dollar and persistent inflation concerns after key central banks indicated interest rates would remain low in the near term.

The safe haven metal was also higher on Monday amid the latest comments; from Fed policymakers. The Vice-Chairman of the U.S. Federal Reserve, Richard Clarida, said that inflation was running well above the target level that was desirable for the central bank and that if this continued to be at the same level or above; then it would signal a policy error.

Clarida also said that the price pressures are more intense than expected and will; be higher than the Fed’s most recent forecast this year. These remarks follow the Fed’s; announcement from last week about keeping its benchmark interest rate near zero for the time; being and that it will begin tapering the number of bonds it purchases each month later this month.

Gold Price Forecast, The Fed announced that it would reduce the program by $15 billion per month for at least November and December and continue monthly based on market conditions. Clarida did not specify when the Fed intends to raise interest rates. Meanwhile, Chicago Federal Reserve Bank President Charles Evans repeated his view on Monday that the current surge in inflation is largely temporary and will eventually fade as supply-side pressures are resolved. The rising concerns about inflation articulated by the Fed’s most dovish policymaker were notable but not very surprising as the price pressures have stayed well above the Fed’s target of 2%.

Moreover, Michelle Bowman, Federal Reserve Governor, mentioned a range of economic and financial stability risks posed by the housing market, particularly rising demand and a slow construction pace, which put upward pressure on prices. In her remarks, Bowman did not comment on broader monetary policy or the economic outlook. All these comments from Federal Reserve officials had a mixed impact on the U.S. dollar, which ultimately pushed gold prices higher. Analysts believe that gold is getting support from the ultra-low interest rate environment and higher inflation concerns. 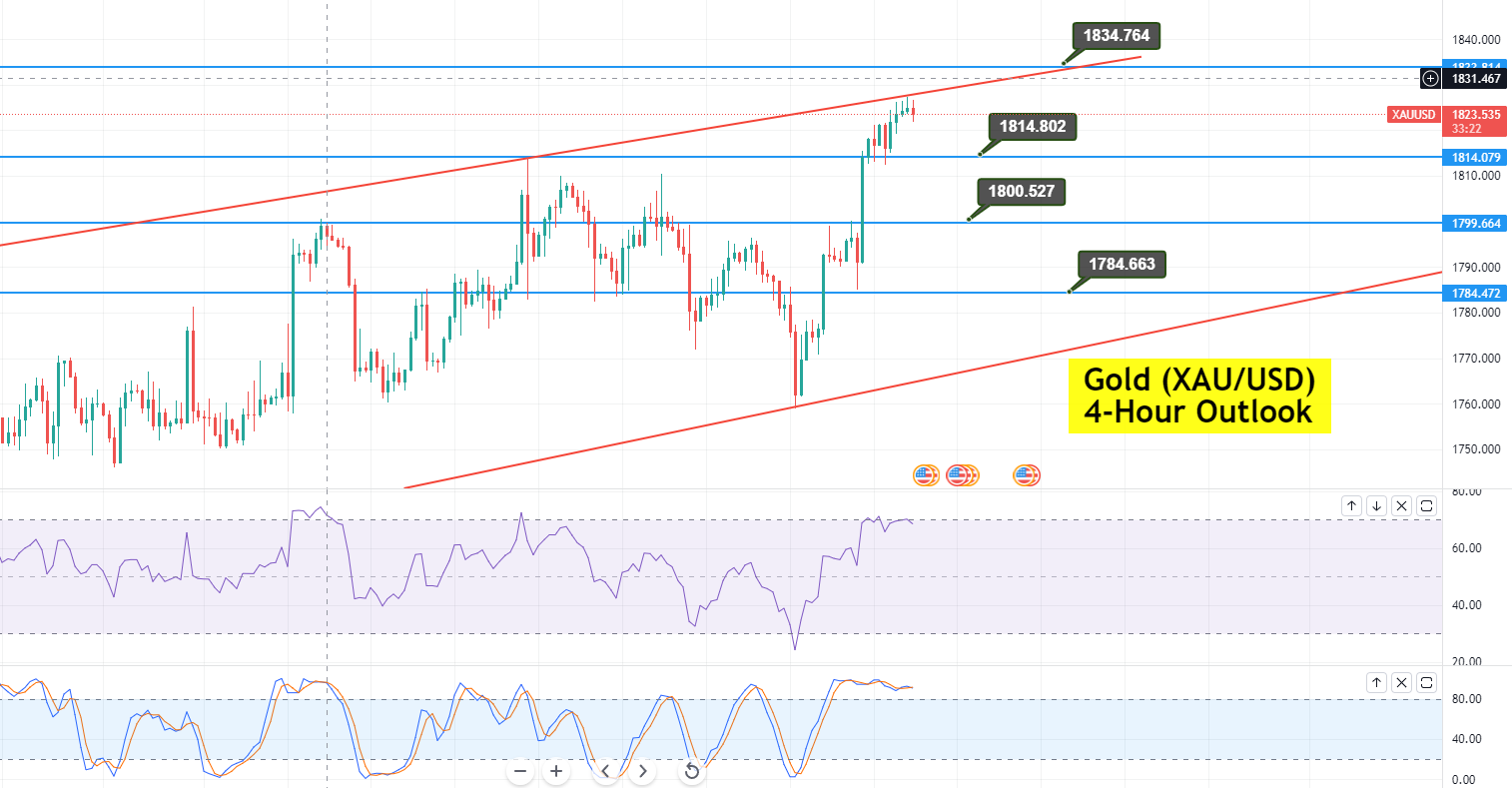 US Economy Keeps the Pace in October, ...