Energy Price Cap Could Soon be Cost-Free if Gas 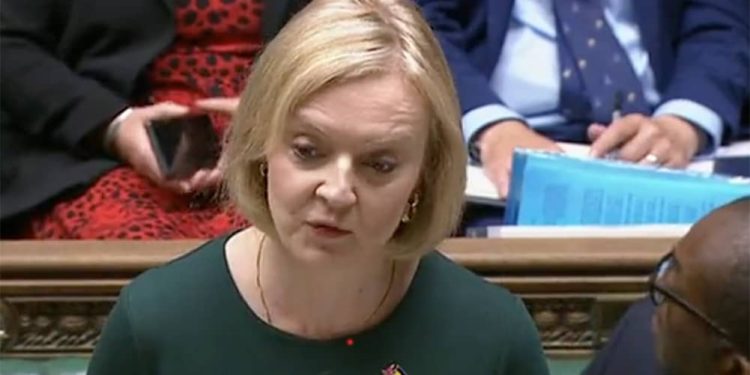 NatWest Markets says at current wholesale prices the cost is already looking to be half of what initial government estimates suggested.

This is significant in that the EPG is the single most costly initiative announced by the new government of Liz Truss which has come under immense pressure over its fiscal stance.

The government said at the time of its launch the cost of the EPG was likely to come in at around £60BN for the final quarter of 2022 and the first quarter of 2023.

This estimate for the EPG to cost £60BN assumes wholesale spot gas prices of 600p/therm in December.

NatWest Markets calculates the Energy Price Guarantee ‘strike’ for wholesale gas – which eliminates the cost entirely for the government – might be close to a spot price of 300p/therm in December says NatWest.

The EPG is open-ended in nature and markets have struggled to cost it, particularly because its final cost depends on highly volatile gas prices.

The upside risks are therefore massive and a surge in gas prices would throw the UK’s finances into disarray, with severe consequences for government spending, interest rates and borrowers.

But, falling prices mean the opposite: the government could find itself in a better-than-anticipated position and markets could ultimately unwind the premium build-up in UK debt markets over recent weeks.

Markets punished UK debt markets and the Pound, selling gilts and raising their yield, as they fretted over the cost of the EPG and a raft of unfunded tax cuts.

The tax cuts will become a great deal more palatable when, or if, the EPG is shown to be a far lighter burden on the public finances.

How the EPG Works

The EPG caps the per unit cost of electricity and gas for a period of two years.

Prices per unit will be capped at 10.33p kWh for gas, which equates to approximately 300 pence per therm, and 34p kWh for electricity.

The total cost to individual households and businesses is therefore not capped, but the government says an average household would pay £2500 per year at historical usage rates.

The government will compensate any losses due to energy providers if wholesale prices rise above these capped levels.

Calculating the Cost to the Government

NatWest says energy companies hedge over time for customers on fixed contracts and use the December 2022 futures price for January-September.

They assume that the EPG will compensate energy firms only where they have locked in at a price above 300p/therm (~40% of fixed contracts).

Wholesale gas prices for December delivery suggest the spot will be at 435p/therm, NatWest says if realised, the cost of the EPG would be halved to £30BN.

And, were spot prices in December to land at 300p/therm, the cost of the EPG becomes zero.

“Markets are currently signalling that the cost of the EPG may be much lower than budgeted – perhaps £30bn lower. If lower gas prices look sustainable, it may be reasonable to question the speed of upward adjustment in gilt yields, driven by pessimism over the public finances,” says Joann Spadigam, European Rates Strategist at NatWest Markets.