Dollar Down, but Gains Against Yen, as Investors Await Latest U.S. Jobs Report 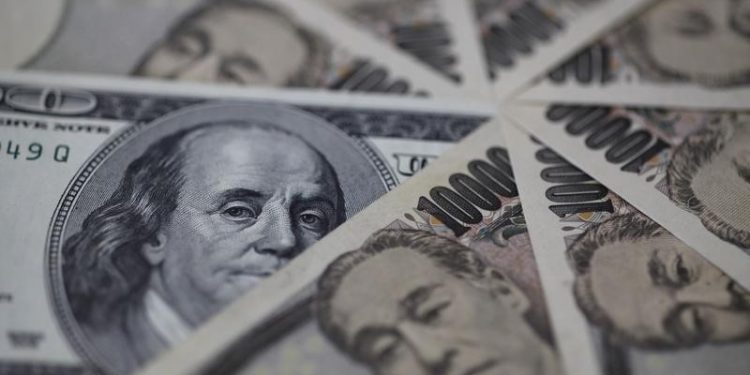 Dollar Down: Investing.com – The dollar was down on Friday morning in Asia but set for a fifth
consecutive weekly gain on the Japanese yen. This rally could be extended if the
latest U.S. jobs report justifies early Federal Reserve interest rate hikes.

The USD/JPY pair inched up 0.05% to 115.88. Japanese data released earlier in the
day showed that household spending contracted 1.3% and 1.2% year-on-year and
month-on-month in November, while the Tokyo core consumer price index (CPI) grew
0.5% year-on-year in December.

The dollar hit a five-year high against the yen at 116.35 on Tuesday but has since
fallen back somewhat. The U.S. currently is up about 0.7% on the yen this week and
about 2.7% over five weeks, over expectations that the Fed will start hiking interest
rates several times in 2022, beginning in March that drove a bond market selloff and a
rise in yields.

The yen is the most prominent loser among major currencies, with investors betting
that the Bank of Japan will lag its peers in hiking interest rates. The dollar, meanwhile,
is set for its best week in more than a month against its Australian and New Zealand
counterparts.

Investors now await the U.S. job report due later in the day and particularly the non-farm payrolls figure.

“If it is a very strong number the Fed has more fuel to maintain the hawkish rhetoric, which further supports the March hike probability,” NatWest analysts said in a note, which added the downside is probably limited.