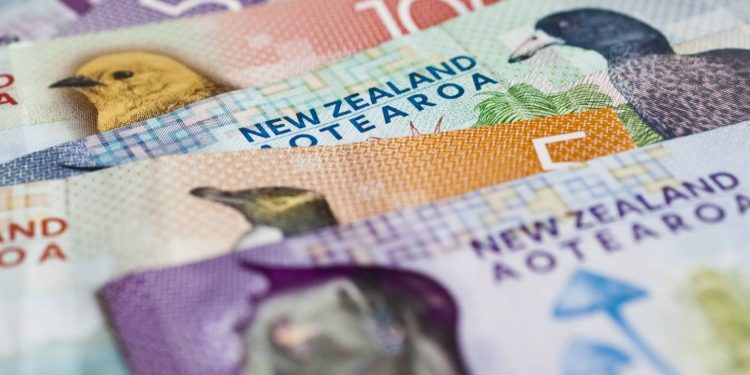 NZD/USD Traders Report: Asia-Pacific markets are looking at a risk-on session following a volatile day on Wall Street. The Federal
Reserve’s rate-setting committee opted to raise rates for the first time since 2018. US stocks rose
alongside Treasury yields following the 25-basis point hike. The yield spread between the 2-year and
10-year Treasuries narrowed further following the decision, with the inflation-predicting measure
dropping to 24 basis points. The risk-sensitive Australian Dollar gained versus the US Dollar and the
Euro.

New Zealand reported fourth-quarter gross domestic product (GDP) growth this morning. The
seasonally-adjusted quarter-over-quarter growth rate crossed the wires at 3.0%, missing the 3.3% q/q
Bloomberg consensus estimate. The Kiwi Dollar rose against the US Dollar despite the missed growth
estimate. New Zealand’s trade data for February due out next week will be the next high-profile event
for the island nation. NZD/USD is climbing this morning following a hefty 0.76% overnight gain.

Asian stocks will remain in focus today following big gains on Wednesday, and the prevailing sentiment
moving into Asian trading hours suggests that bulls will keep pressing the buy button. Hong Kong’s
Hang Seng Index (HSI) rose nearly 10% yesterday, its best day since October 2008. Despite the
massive gain, the index remains down on the week, although that can quickly change if the upward
momentum is sustained. Chinese stocks were hit hard earlier this week on news that China was
locking down cities in response to a sharp rise in Covid cases.

Today, Japan will release January data on machinery orders. Indonesia and Hong Kong will see interest
rate decisions cross the wires. The main event for today will be Australia’s February jobs report due out
at 00:30 GMT. The consensus estimate sees 37k jobs added and a 0.1% drop in the unemployment rate to 4.1%. The participation rate is also expected to climb as workers return to the labor market following a broad rollback in Covid restrictions across the country. A better-than-expected report would likely strengthen RBA rate hike bets as it would be seen as a potential driver for higher wage growth.

NZD/USD rose above its 100-day Simple Moving Average (SMA) overnight. Prices this morning are testing the 23.6% Fibonacci retracement level. A break higher may see bulls target the high-profile 200-day SMA. Meanwhile, RSI continues to increase after it broke over the neutral 50 mark earlier this week, indicating a healthy upward momentum. Alternatively, a break back below the 100-day SMA could introduce a bearish move.

Dollar Down, but Gains Against Yen, as ...