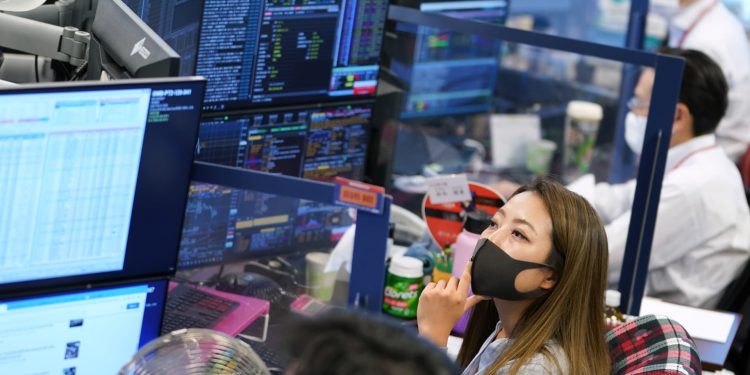 USD/JPY Ahead of Fed: USD/JPY traded lower on Friday and moved slightly below the 143.00 handle, but still managed to eke out a small gain over the last five sessions ahead of next week’s high-impact data that could trigger volatility and set the tone for the market.

There are two important events on the economic calendar that currency traders should pay attention to: the Federal Reserve’s monetary policy announcement on Wednesday afternoon, and then the Bank of Japan’s interest rate decision, also on the same day in Eastern time.

With the USD/JPY sitting at multi-decade highs after an explosive rally this year, traders are wondering whether the exchange rate will continue to trek upwards or reverse lower in the near term. The U.S. dollar maintains a positive bias from a fundamental standpoint, while the Japanese yen lacks clear tailwinds beyond the threat of some sort of intervention by Japanese authorities.

In any case, for now, the balance of risks is tilted toward a stronger U.S. dollar, thanks in part to the Federal Reserve’s aggressive measures to curb inflation. Focusing on the U.S. central bank, the institution is expected to raise borrowing costs by three-quarters of a percentage point to 3.00%-3.25% at its September meeting, delivering a cumulative tightening of 300 basis points since March.

USD/JPY Ahead of Fed

The FOMC is also likely to forecast a higher peak rate for the current cycle than the projection published in the June SEP (3.8%), perhaps in line with market pricing, which anticipates a terminal rate of ~4.48% in April 2023. A hawkish rate hike outlook could further bolster the greenback, especially against low-yielding currencies.

On the other side of the equation, the Bank of Japan is expected to stand pat, keeping its benchmark rate unchanged at -0.100%, a level where it has been since 2016. In terms of the unconventional tools, no adjustments to the yield curve control scheme or the asset purchase program are seen being delivered. This means the Japanese yen will not be receiving support from the monetary policy front anytime soon.

Should USD/JPY overshoot to the upside and approach the 145.00 handle, Japanese authorities may be tempted to intervene in the FX market to prop up the JPY, but any reprieve may only be temporary, as the attractive US dollar carry trade could eventually negate such efforts.