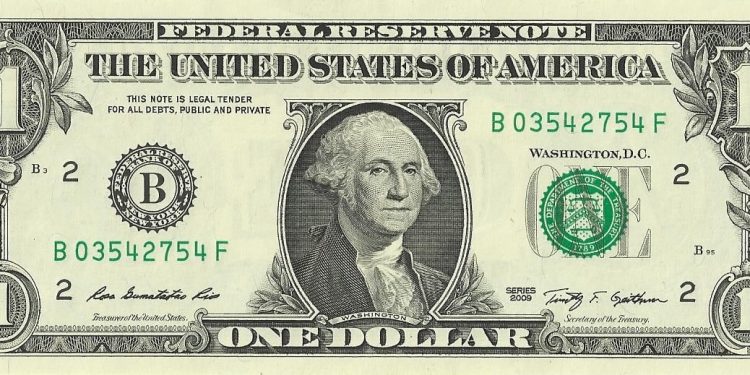 Asia trade was thinned by a holiday in Japan.

Federal Reserve chair Jerome Powell and governor Lael Brainard testify before Senate committees this week regarding their nominations as chair and deputy chair at the Fed.

U.S. inflation figures are due on Wednesday, with headline CPI seen climbing to a red-hot 7% year-on-year.

“The dollar index is likely to recoup some of its Friday losses this week on Powell’s likely hawkish commentary and rising U.S. inflation,” said Scotiabank FX strategist Qi Gao.

Eventually, though, he added that the greenback would probably run out of steam, and the index head towards 94 once money markets fully price in a Fed hike in March.

U.S.-Russia talks over rising tension in Ukraine also have traders on edge as the two sides seem far apart and failure risks an armed confrontation on Europe’s doorstep.

The Australian dollar wobbled around $0.7195, finding a little help from a lift in Aussie bond yields. It faces resistance around $0.7200 and a major barrier at $0.7276 that has held for several weeks now. [AUD]

The dollar had met with some selling late last week after a weaker-than-expected headline U.S. job-creation figure squeezed traders out of long dollar positions.

But analysts said better-than-expected unemployment numbers still made a good case for hikes sooner rather than later.

Traders have priced an almost 80% chance of a rate hike in March and a more than 70% chance of another one by June according to CME’s FedWatch tool.

Sterling was also marginally weaker on the dollar but has been rallying with bets that the Bank of England (BOE) is likely to be hiking in tandem with the Fed. [GBP/]

It was last at $1.3586, near a two-month high, and close to last week’s two-year peak on the euro. Strategists at MUFG reckon traders are too hawkish on their rates expectations in Britain but still think sterling will hold its own.

“We still expect two rate hikes by the BOE which should keep EUR/GBP under modest downward pressure, which will result in GBP/USD advancing to around the 1.4000 level,” they said in an outlook note published over the weekend.

Cryptocurrencies have faced pressure from broad selling in risk assets at the start of this year, but were steady in Asia after bitcoin managed to hold support at $40,000 through weekend trade.