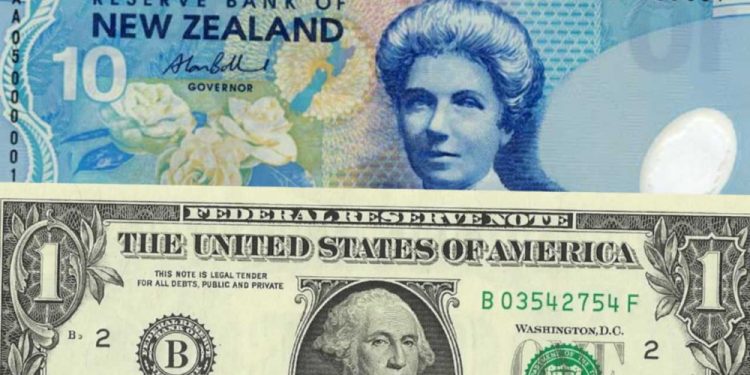 NZD/USD Falls as China: Market volatility may continue in today’s Asia-Pacific trading session ahead of peace talks between Ukrainian and Russian negotiators. The talks, aimed at a cease-fire, are set to take place tonight in Istanbul, Turkey. The odds of striking a deal have increased in recent weeks amid a military stalemate, although intense fighting continues to rage from around Kyiv to Mariupol. The risk-sensitive New Zealand Dollar fell overnight as Wall Street indexes saw mixed trading.

Traders also sold the Australian Dollar versus the US Dollar. The lockdown in Shanghai China added to bearish sentiment in the APAC currencies, given Australia and New Zealand’s economic exposure to China. The tech-heavy CSI 300 index fell over half a percent in China. Alternatively, technology stocks in the US bounced back after the Nasdaq 100 Index (NDX) rose 1.58% in New York. Chinese shares’ underperformance may continue until restrictions are rolled back or the city gets a grip on the current outbreak.

The Japanese Yen’s slide extended further versus the Greenback, with USD/JPY hitting its highest level since August 2015. Japan’s Nikkei 225 index is likely to continue benefiting from the weaker Yen, which helps its exports and may also promote the importation of some much-needed inflation. The Bank of Japan’s expansive monetary support is seen continuing amid lackluster domestic inflation. The BOJ moved earlier this week to contain rising yields through asset purchases, announcing that it will purchase an unlimited amount of Japanese Government Bonds (JGBs).

Today’s economic docket draws attention to Australia’s February retail sales. The data is due out at 00:30 GMT. Traders expect to see the preliminary figure cross the wires at 0.9%, according to a Bloomberg survey. The Aussie Dollar would likely benefit from a better-than-expected figure, as it may help to boost already rising rate hike bets for the Reserve Bank of Australia (RBA). Elsewhere, Thailand will report new car sales for February, and Singapore will report export and import prices for the same period.

NZD/USD dropped below its 200-day Simple Moving Average (SMA) overnight, with prices closing in on the 23.6% Fibonacci retracement level. The MACD line is also nearing a cross below its signal line, which would generate a bearish signal. A break below the 23.6% Fib would open the 20-day SMA up for a test. Alternatively, if prices rebound, bulls will look to recapture the 200-day SMA.