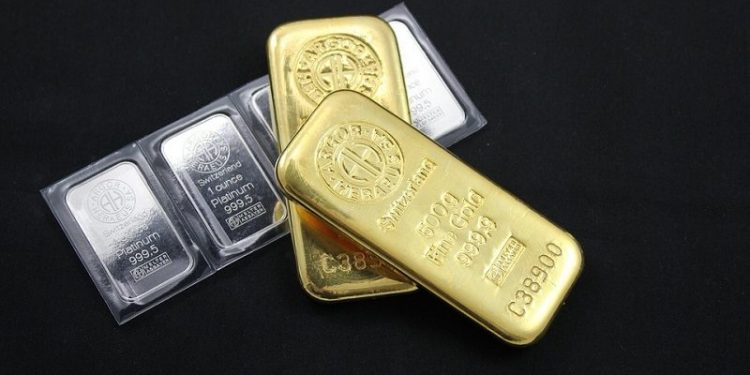 Gold XAU, Gold and Silver received a strong boost after the breakout of coronavirus, which increased; the uncertainty across the globe, benefiting safe-haven assets. Gold was already bullish but turned even more so with the coronavirus, while Silver surged from $12 to $30. Although, since the summer of 2020; they have been trading sideways, despite the enormous amounts of cash that has been thrown into the markets by central banks and governments.

Although, stock markets have been the primary beneficiary of those funds while safe havens have been consolidating in a range as the world tries to decide what to do with the coronavirus. On one hand, the virus has turned mild, on the other hand there continue to be restrictions.

Tensions between Russia and the US have been another factor to increase; uncertainty recently. Yesterday we heard some positive comments from the Russian side, suggesting that they are retreating their troops; but today the rhetoric has heated up again. Earlier today the US envoy to the UN suggested that there is evidence that Russia is moving toward an ‘imminent’ invasion; but the market is ignoring those comments, as it wants more evidence from the ground. Meanwhile, Russia’s president Putin has; responded to formes; US pres. Bush’s letter:

Meanwhile, Russia’s Foreign Ministry website is down. That may be as a result of the demand to see the letter from Putin. A Foreign Ministry official says he cannot give reasons for the site’s outage.

Gold and Silver have been finding support at the 50 SMA (green); on the weekly chart. Sellers have had several attempts at that moving average but they failed to break below this moving average, so now the sentiment is turning bullish and the price is reversing up in XAU and XAG. But while; Gold is resuming the uptrend, Silver should push above the 50 SMA (yellow) to be considered bullish; because the 50 SMA has been providing resistance lately. So; if uncertainties remain, buyers will be in charge in both metals; but the Rusia conflict is not generating too much interest right now.