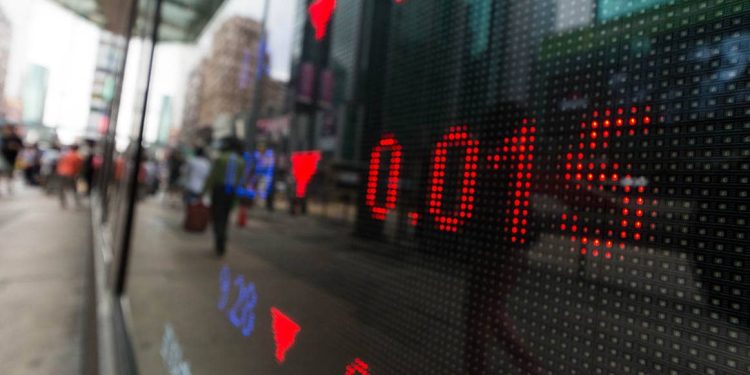 Morgan Stanley Strategist: The stock market bears could be about to return “in earnest” warns Morgan Stanley in a prediction that, if correct, could result in a period of weakness for the Pound.

Pound Sterling is highly correlated with global risk sentiment and has appreciated in value through October, November and December in tandem with a bounce in stock markets.

But can the rally continue into the new year, one that is expected to see the world’s major economies fall into recession?

Strategists at Morgan Stanley have been riding the bounce in what they describe as a tactical play because they believe the longer-term bear market remains intact.

“As suggested two weeks ago, for this tactical rally to go higher, back-end rates would need to fall. Fast forward to today and that’s what has happened. However, we are now right into our original upside targets and we recommend taking profits before the Bear returns in earnest,” says Michael J Wilson, Equity Strategist at Morgan Stanley.

The Pound has recovered from record lows against the Dollar and multi-month lows against the Euro over recent weeks in a move that coincides with a pick up in global equity markets, therefore how it trades into year-end will likely be dependent on what happens to this equity space.

“GBP has been heavily influenced by broader risk appetite this year,” says Dominic Bunning, Head of European FX Research at HSBC, “equity movements are generally the dominant driver of GBP”.

The Pound to Euro exchange rate (GBP/EUR) has risen 2.20% in the three months starting October 03 to 1.1640 at the time of writing. This rise takes bank payment rates on euros to approximately 1.1233, cash and holiday money rates at the more competitive providers to 1.1520 and rates at transfer specialists to around 1.16.

But why do stocks matter for the Pound?

The ONS said the underlying UK current account deficit stood at 5.3 % of GDP and analysts place heavy emphasis on the importance of the deficit in determining Sterling’s outlook. For instance, RBC Capital is betting on a decline in GBP/EUR during 2023 owing to the country’s twin deficits.

Despite the foreign exchange outflows implied by a current account deficit, the Pound can stay steady or even appreciate if foreign investors buy UK assets, and/or if UK investors repatriate earnings on foreign investments.

But this dynamic leaves the Pound vulnerable to moments when foreign investor flows dry up, as is typically the case during global markets are in decline.

The implication is the Pound would likely fall again if global equity markets revert to the broader bear trend that has been in place since 2021.

And there is no more relevant signal for the health of global investor sentiment than the performance of the U.S. S&P 500 stock index.

“The S&P 500 is now right into our original tactical target range of 4000-4150. While the index has modestly exceeded its 200-day moving average and the breadth continues to expand, the downtrend from the beginning of the year remains in place,” says Wilson.

He believes the risk-reward in playing for more upside is quite poor at this point, which would imply, chasing Sterling higher could also be less attractive than was the case over recent weeks.

“Bottom line, the bear market rally we called for 6 weeks ago is running out of steam,” says Wilson. “We are now sellers again.”

Morgan Stanley is not the only major institution warning the bear trend is not over as Pound Sterling Live reported recently of new analysis from PIMCO and BNP Paribas that looks for another move down in U.S. stocks, suggesting the rally of recent weeks is a classic bull trap.

“Recessionary bear markets historically have often ended with a capitulation,” says Greg Boutle, Head of U.S. Equity & Derivatives Strategy at BNP Paribas. “We are calling for a capitulation event in equities next year.”

Although the Fed itself acknowledges that past hikes are yet to be fully felt by the economy it needs to keep hiking.

PIMCO’s business cycle models forecast a recession across Europe, the UK, and the U.S. in the next year, as the major central banks press ahead with policy tightening despite increasing strain in financial markets.

Morgan Stanley Strategist: Key near-term events to watch include the release of U.S. inflation data on December 13 where an unexpected rise in prices will almost certainly see the Dollar rip higher.

Bearing in mind that the current multi-week bounce was turbo-charged by the last inflation data release the implications of another below-consensus or a surprise above-consensus reading are significant.

The Federal Reserve rate hike decision then falls on December 14, providing another crucial moment for the Euro-Dollar.

A 50 basis point hike is expected, but it will be the updated guidance and projections for future rate hikes that will have the greater impact: any message that rates would need to rise substantially higher than previously anticipated would ignite a fall in markets, and the Pound.