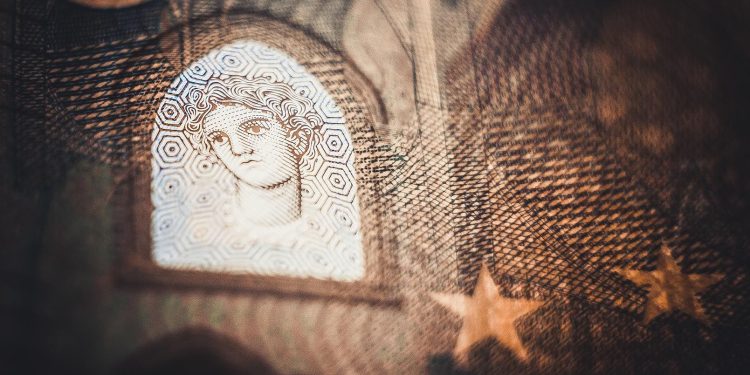 EUR/USD Forecasts Upgraded: More interest rate hikes are to come out of the European Central Bank than were previously expected shows a new analysis from Italy’s Intesa Sanpaolo, a development which should sustain a stronger Euro relative to the Dollar.

Intesa Sanpaolo has written to clients saying it has revised higher expectations for the ECB’s key interest rate levels in response to better-than-expected data outturns which suggest the Eurozone recession will be shallower than previously anticipated.

This in turn informs an upgrade to the bank’s Euro to Dollar exchange rate forecasts for the coming months, although analysts warn the rally might already now be reaching its near-term limits.

In a previous analysis released in September, Intesa Sanpaolo economist Asmara Jamaleh wrote that the Eurozone might experience a significant weakening of growth in the closing stages of this year with a recession likely to fall between the fourth quarter of 2022 and the first quarter of 2023.

But, “in fact, data generally surprised on the upside, outlining in many cases (with particular reference to monthly surveys) an unexpected improvement compared to the very poor signals that had emerged in October,” says Jamaleh.

November PMIs came in ahead of expectations, although they are nevertheless still consistent with a marked slowdown.

“The euro area should still be experiencing a technical recession between 4Q 2022 and 1Q 2023, but this should prove to be a more moderate recession than expected until only a few weeks ago,” says Jamaleh.

“The key implication of this positive revision of the euro area growth scenario is that it frees up leeway for the ECB, allowing it to hike rates more if necessary based on the evolution of the inflation picture,” says Jamaleh.

Intesa Sanpaolo, therefore, revises its forecasts for ECB rates which should be hiked by 50 basis points at the next meeting on 15 December, and by a similar amount both in February and March.

Regarding the exchange rate, Jamaleh predicted in September that the longer-term decline was reaching an inflexion point and it was therefore liable to end over the coming weeks.

“Indications that a trend may be waning can be drawn from exchange rate levels, and from the size of speculative positions… the elementary indication that may be drawn is that the downtrend should be close to ending,” he said at the time.

The Dollar’s retreat is considered by Intesa to be the primary motivator of the Euro-Dollar’s reversal and recovery through October and November.

Expectations for the Federal Reserve to ease pressure on the rate hike accelerator, as well as more benign global investor sentiment, are contributors to the Dollar’s recent retreat.

But, looking ahead, Jamaleh says markets remain exposed to the risk of new waves of mounting risk aversion.

Intesa Sanpaolo says although the Euro-Dollar exchange rate has reached the start of a cyclical upside reversal, the scope of the reversal should prove limited in the near-term.

And, “on a 1m-3m horizon, a partial downside retracement is still possible,” says Jamaleh.

In September the bank forecasted the exchange rate to 0.92, 0.93, 1.00 and 1.05 on a 1m, 3m, 6m and 12m horizon. (If you are looking to protect or boost your international payment budget you could consider securing today’s rate for use in the future, or set an order for your ideal rate when it is achieved, more information can be found here.)

Key near-term events to watch are the release of U.S. inflation data on December 13 where an unexpected rise in prices will almost certainly see the Dollar rip higher.

The Federal Reserve rate hike decision then falls on December 14, providing another crucial moment for the Euro-Dollar.

A 50 basis point hike is expected, but it will be the updated guidance and projections for future rate hikes that will have the greater impact: a message that rates would be required to rise substantially higher than previously anticipated would ignite Dollar gains.

The ECB meeting then falls on December 15 where a 50 basis point hike is anticipated.

Again, it is guidance that counts here as the new growth and inflation forecasts will be released.

“Should the latter confirm the prospect of a steeper path of ECB rate hikes, with inflation forecasts staying above 2% in 2024, and growth forecasts consistent with a moderate, rather than deep, recession, the euro should benefit,” says Jamaleh.