Why Pound Sterling Could Go Higher Following the Autumn Statement 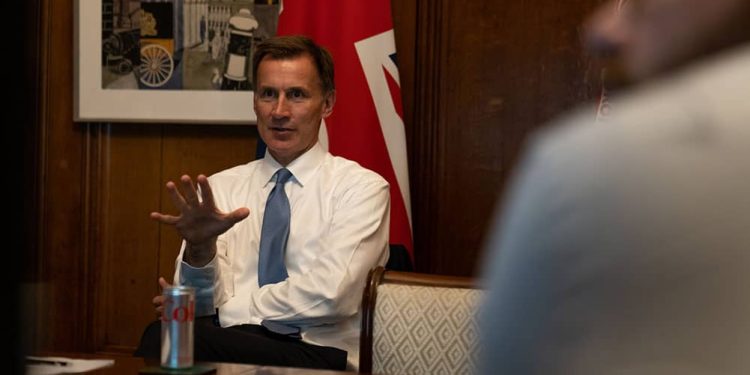 Why Pound Sterling Statement: The tax hikes and spending cuts will lower the UK’s economic growth prospects for the coming years, however, a credible Autumn Statement from Chancellor Jeremy Hunt could result in a stronger British Pound.

This is because the market’s reaction to Thursday’s fiscal event will come down to three things: credibility, credibility and credibility.

“The Chancellor’s Autumn Statement will instantly be judged by the value of the pound and gilt yields,” says Nigel Green, chief executive of deVere Group. “If the pound rallies and the cost of government borrowing falls it will be a win for Sunak’s government.”

The Pound fell sharply and gilt yields surged as investors lost confidence in the government of Liz Truss following her mini-budget in September, which contained unfunded tax cuts that would have seen Britain’s debt burden increase substantially.

Truss was making an all-out gambit for economic growth, encapsulated by her slogan of “growth, growth and growth”.

But the loss of credibility sunk the Pound, bonds and, ultimately, her government.

So while Hunt is anticipated to deliver a budget that poses headwinds to growth, it is ultimately the market’s response to the credibility factor that will determine the Pound’s reaction.

Media reports suggest he is seeking to fill a ‘black hole’ of around £55BN and will do so by cutting spending and raising taxes.

“In our view, shifting to overly tight policy would deepen the recession that the UK is likely to endure in 2023,” he adds.

Some of the potential fiscal changes to look out for on Thursday include:

Hunt is expected to reveal spending cuts of £35BN and tax rises of up to £25BN to do this.

Some analysts warn that although the Pound could benefit from restored confidence, it could yet decline in value if Hunt is too aggressive and his prescription of austerity results in an overdose.

“While the sell-off in both the gilt market and in GBP following the September 23 mini-budget demonstrated that investors require the government to have a strong sense of fiscal prudence, GBP could fall on recessionary fears,” says Jane Foley, Senior FX Strategist at Rabobank.

But, Foley acknowledges “there is already a lot of bad news priced into the pound.”

“For GBP to react positively to the Autumn Statement, it will likely have to contain measures that will protect and support investment potential which will boost the outlook for productivity and low inflationary growth over the medium-term,” she explains.

Foley says judging Sterling’s reaction is best done against the Euro, as the U.S. Dollar has seen significant losses of late that have flattered the Pound.

For now, the Rabobank analyst remains bearish on the Pound’s prospects.

Why Pound Sterling Statement: The Autumn Statement will be watched closely by the Bank of England and will likely determine the shape of December’s interest rate hike, and subsequent hikes.

One of the key issues with Truss’ mini-budget is that it was expansionary, i.e. it sought to ease fiscal conditions via tax cuts and increased spending (the Energy Price Guarantee).

This is however problematic in an environment of surging inflation.

Loose fiscal policy would require strong monetary tightening via higher interest rates at the Bank of England if inflation was to be brought back under control, which would mean interest rates rise higher than would have been the case if fiscal policy remained neutral.

UK bonds and the Pound fell as markets baulked at the extra borrowing this setup would require.

But a tighter fiscal policy would complement the Bank’s tighter monetary policy, convincing markets that the government and Bank of England were pulling in the same direction.

As such, the peak in the Bank of England’s Bank Rate would be lower than under Truss’ scenario.

“Markets can unwind expectations for the peak in the Bank rate which can support GBP,” says Kim Mundy, a foreign currency strategist with CBA. “Chancellor Hunt’s fiscal plan is likely to be much less stimulatory, possibly contractionary, than the earlier ‘mini‑budget’”.

Mundy says timing will be crucial as the fiscal plan extends to 2027, meaning Hunt could set out plans that heap much of the pain towards this later date.

“If consolidation is scheduled for the end of the forecast horizon, the BoE will likely need to continue on a rapid tightening path. However, frontloading fiscal consolidation can lessen the need for aggressive BoE tightening,” says Mundy.

For sure, the Pound’s reaction function is difficult to predict given the fragility of markets, and Hunt will be pleased if gilt yields and exchange rates end the day close to where they began.

(If you are looking to protect or boost your international payment budget you could consider securing today’s rate for use in the future, or set an order for your ideal rate when it is achieved, more information can be found here.)