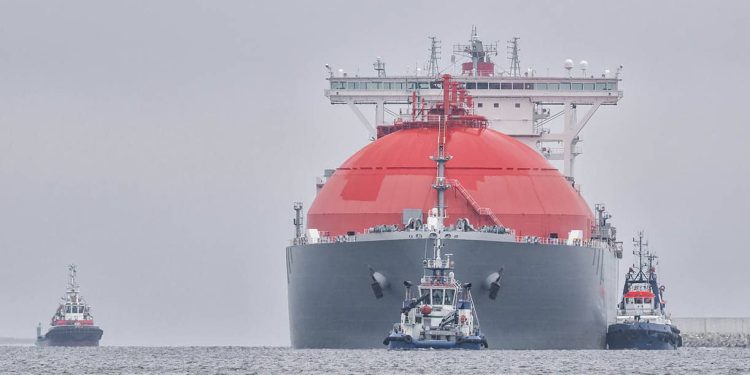 Euro Risks against Dollar: Rising natural gas prices in the Eurozone are identified as a downside threat to the Euro by foreign exchange strategists, although analysts at one European bank say there is “less pain in the pipeline” for the bloc and its single currency.

Prices for Europe’s TTF natural gas benchmark for month-ahead delivery have risen back to 115 per MWh at the start of the week, having been as low as 97 in October.

“Natural gas prices are starting to rise already and if it continues to get colder on the continent then that might help push EUR/USD lower again as well,” says Brad Bechtel, Global Head of FX at Jefferies LLC.

Analysts say the tick higher in gas prices comes as temperatures in Europe drop following an unusually mild autumn that allowed countries to stock up on gas reserves and use less gas than is typically the case for this time of year.

Lower gas prices and easing fears that the Eurozone won’t run out of gas this winter have been one driver of the Euro’s recent recovery against the Dollar.

The Euro fell against the Dollar and other major currencies in the wake Russia’s invasion of Ukraine as investors feared the cutting off of Russian gas.

This has indeed come to pass with the Nordstream 1 pipeline now completely unusable and the Nordstream 2 not yet commissioned. There are only limited amounts of Russian gas arriving in Europe via other smaller pipelines.

“Putin’s war against Ukraine and the resulting spike in energy and food prices are hitting Europe hard. Ever since the Russian president started to close the Nordstream 1 pipeline in early June, we had predicted a recession for the Eurozone,” says Holger Schmieding, Chief Economist at Berenberg Bank.

The Euro to Dollar exchange rate fell to a multi-year low at 0.9535 on September 28 but has since recovered to 1.0250, thanks to a number of factors, most notably the broader turn-around in the Dollar.

But the autumn recovery also coincides with the slow pickup in gas demand in Europe owing to the warmer-than-average weather.

Looking ahead, Berenberg says there is less pain in the pipeline for the Eurozone thanks to unusually mild weather which has allowed the EU to fill its gas storage facilities to 95.5% of capacity.

Germany reached 99.9% of its storage capacity on November 12.

“The high price for natural gas and concerns about a winter shortage of gas are the only reasons for the Eurozone recession. Once the winter is over, we expect consumers and businesses to breath a huge sigh of relief. Following a stabilisation in spring 2023, we look for a v-shaped rebound to take real GDP back to its Q3 2022 peak by early 2024.

Because of the improved gas storage and usage situations, Berenberg says the winter recession it is expecting will likely be less deep than expected six weeks ago.

The balance of risks to their GDP forecasts is now tilting to the upside, rather than the downside, as a result.

And, with less need to support households and companies, Berenberg says fiscal deficits may be less large than previously predicted.

Berenberg forecasts the Euro to be better supported through 2023, “but gas is key” to these assumptions.

“Fed rate cuts from Q3 2023 onwards will likely narrow the U.S.-Eurozone rate gap. In addition, a return to risk-on sentiment as markets start to look through the impending Eurozone recession will curtail safe haven flows into the USD. We thus expect the Euro to recover to €1.10 per USD by the end of 2023 and €1.20 one year later. Beyond that, a return to purchasing power parity (around €1.30 to the USD) may beckon in the long run.

(If you are looking to protect or boost your international payment budget you could consider securing today’s rate for use in the future, or set an order for your ideal rate when it is achieved, more information can be found here.)

The above forecasts assume gas prices stay close to €150 per MWh, in the coming winter and €140 in the winter after.

Therefore, any uplift in the gas price could throw the Euro’s potential recovery off course.