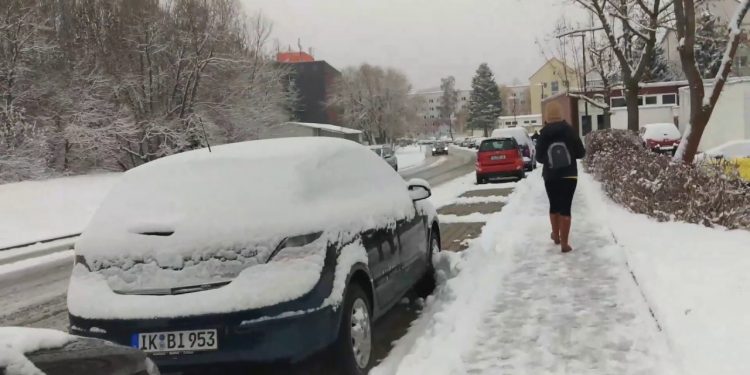 Germany winter: Federal Minister for Economic Affairs Robert Habeck sees Germany’s supply of natural gas as
being secure. “We’ve stabilised the levels in the storage facilities so we can get through the
winter safely,” he said. He said he would nonetheless continue to do everything in his power to
make sure Germany’s energy supply remained secure.

Gas supplies to Germany have essentially continued as normal to date, but stocks at gas
storage facilities that are built up as a safeguard in the event of particularly cold winter days
recently fell to less than a third. “We’ve fixed this problem,” Habeck said, adding: “Even if
prices did continue to skyrocket, or if Russia reduced the gas supply or halted it completely –
none of which has occurred”, the supply of natural gas would remain secure.

The gas storage facilities are primarily needed to cover peak loads on cold winter days, so
the German market is not supplied from the storage facilities alone: instead, the facilities
supplement ongoing energy procurement from gas imports. The traders who book the
storage capacity decide on filling levels.

Making provisions for next winter

As a precaution for next winter, the Federal Government is currently working on statutory
regulations to guarantee minimum storage volumes. The idea is to“require storage owners
to ensure the storage facilities are full before winter sets in”, the Minister explained.

As long as Germany is still dependent on natural gas, coal and oil, there is a need to create
reserves. As in the gas sector, said Habeck, the Federal Government would ensure that
reserves of coal were also available for the time being, with a view to securing the energy
supply in the medium term. The government would “ ensure that security of supply
continues to be consistently maintained, even in the event of restrictions on raw material.”
Thanks to its strategic oil reserves, Germany was already on the safe side, he said, so the
country could be sure of getting through the winter safely.

In this connection, the Minister stressed the importance of the energy transition. Even
those who are not so keen on climate protection should have realised by now that ending
our dependence on fossil energy sources wherever possible is a crucial strategic issue – even
a matter of security policy.”

The Minister went on to explain that targeted diversification was important to securing the
energy supply for Germany and the EU at competitive prices in the near future. He said the
goal must be to be able to “decide questions of energy supply and sovereignty on our own
territory.”

This is why the Federal Government also supported the idea of importing liquefied
petroleum gas and being able to use its own terminals for this purpose.There are plans
to build such terminals in Brunsbüttel, Wilhelmshaven and Stade, for example. However,
Germany already purchases liquefied gas from neighbouring European countries.

Diversifying gas supply across the EU

For weeks, there have been fears across the EU that the current conflict with Russia could
lead to a disruption of gas supplies. Up until recently, according to the EU Commission, the
EU was able to meet just under a quarter of its energy needs with gas, most of which is
imported. And 40 per cent of imports were supplied by the Russian company Gazprom.

Nevertheless, the EU Commission sees the gas supply situation within the EU as being
secure. In fact, several countries are reportedly able to increase their supply of liquefied
gas to the EU, including Azerbaijan, Egypt, Nigeria and Norway. At the Munich Security
Conference last weekend, EU Commission President Ursula von der Leyen said that the
EU would be on the safe side this winter even if Russia were to stop gas supplies completely.

Tagsfree signaldollartrader forexis closely monitored as an early indicator of Germany’s current business conditions and expectations. The institute surveys over 7signalforextelegramsignal vip forexbut today the rhetoric has heated up again. Earlier today the US envoy to the UN suggested that there is evidence that Russia is moving toward an ‘imminent’ invasionUkraine
Share:
Previous Article