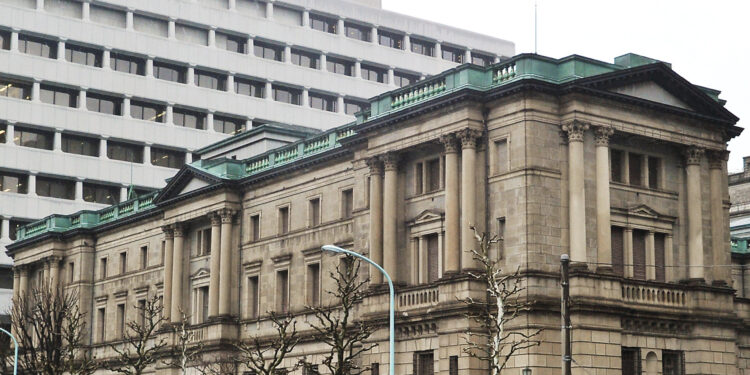 Bank of Japan: The Bank of Japan’s ultra-loose monetary policy is under pressure from a swathe of global central banks embarking on a series of rate hikes and balance sheet reduction programs. While many central banks, including the Federal Reserve (Fed) and the Bank of England (BoE), are trying to navigate a tricky course of suppressing rampant inflation while leaving their economies with enough liquidity to grow, the BoJ has a different set of problems, namely anemic growth and consistently below-target inflation. As interest rate differentials widen between Japan and other major economies, the Japanese Yen continues to weaken. And the Bank of Japan is not just standing by and letting this happen, it looks to be actively encouraging the move.

Interest Rates and the Forex Market

THE BENEFITS OF A WEAKER CURRENCY

A weak currency, compared to peers, helps to boost a country’s export sector by making its goods more competitive than its rivals. These additional sales in turn help to boost economic growth, the jobs market, and the countries’ balance of payments. A weaker currency also makes imports more expensive, pushing inflation higher. By moving its currency higher or lower, a country can help steer its economy towards its desired landing zone without having to resort to punitive, domestic fiscal measures.

While in theory moving one’s currency around to suit domestic policy sounds economically prudent, currency manipulation is frowned upon, especially by one’s largest trading partners. The US Treasury has a set of guidelines for what it deems is currency manipulation and if these are met then the US will engage with the country involved to eliminate the unfair competitive advantage this manipulation has created. If all else fails, the US can evoke trade sanctions against their counterparty.

A HISTORY OF BANK OF JAPAN INTERVENTION

The Bank of Japan has actively intervened in the foreign exchange on numerous occasions since the Japanese Yen was floated against the US dollar in 1973. The central bank has intervened repeatedly over the last 25 years to either keep the currency attractive to help exporters or to try and weaken the currency to boost growth and inflation. The Bank of Japan introduced quantitative easing in early 2000 in an effort to boost inflation by offering to buy huge amounts of government bonds at set interest rates. The program was upgraded on numerous occasions to increase the number of bonds that the central bank would buy, adding asset-backed securities into the mix and then including equities into the basket of assets the BoJ would buy. The Bank of Japan is currently the largest holder of Japanese equities, via various ETFs, and holds around 50% of the Japanese bond market.

The monthly USDJPY price chart shows a series of sharp long-term reversals in the currency pair when the Bank of Japan changes course on monetary policy.

TALKING THE JAPANESE YEN UP AND DOWN

In common with other central banks, market communication is an essential, and powerful tool that the Bank of Japan uses to steer the value of the Yen. As the currency nears a certain level, the Bank of Japan becomes more vocal about what level it would be comfortable with. If the currency becomes too expensive for the BoJ they will try and ‘talk it down’, while if the currency is too low they will let the market know this by ‘talking the currency up’. For a bank to be effective in talking a currency up or down, it must have market credibility or a history of backing up its views with concrete action. The monthly chart shows that the 125.00 level held for nearly two decades as this was seen by the market as the BoJ’s line in the sand. This level has now been broken.

The transmission of gas through Nord Stream ...