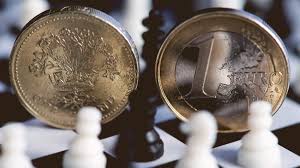 EUR/GBP vulnerable: In the lead up to the crucial FOMC rate decision later today (19:00 BST), the pound has actually been strengthening. The pair moved higher sine bouncing off the upper side of the zone of support (1.1940) and has put in a number of long lower wicks on the way up too. The pair now trades above the psychological level of 1.20 but appears to have retreated from another interesting level, that of resistance at 1.2090.

If the committee votes for a 100 bps hike, like the Bank of Canada earlier this month, we could see cable head towards 1.20 and possibly lower. Mention of large future rate hikes may also cause a lower repricing in the pair. 1.20 may be at risk in the event the Fed alludes to a slowing pace of future rate hikes.

Due to the dollar emerging as a crowded trade, any hint of bearishness from the Fed either in the rate decision or the presser to follow, could deflate the dollar – resulting in a retest of 1.2090 for GBP/USD. Markets will be eager to know what the Fed’s stance is on the September hike, whether they are likely to keep the same pace or ease off considering growth concerns.

On the topic of growth concerns, on Thursday we get a first look at US GDP for Q2 which is likely to have already factored into the Feds rate decision the day before. The Fed make use of their internal GDP forecasting tool (GDPNow) in the event the rate decision is due before the release of GDP data and is calculated using a similar methodology to that of the Bureau of Economic Analysis.

Economists forecast a narrow escape from a US recession while the unofficial GDPNow reading places the US in a recession, forecasting a contraction in Q2 of 1.6% – someone will be proven wrong so expect continued volatility on Thursday after Wednesday’s FOMC event.

The euro continues to struggle despite hiking by 50 bps earlier this month as the threat of gas rationing in the winter moves closer to reality. The EU agreed to reduce gas consumption in an effort to increase storage figures ahead of the winter months. However, Russia has reduced gas flows from 40% to 20% citing technical issues, not doing the euro any favors.

EUR/GBP vulnerable :EUR/GBP broke through 0.8500 and has kept falling, picking up speed yesterday. The decline appears to have stalled at the intersection of the 0.8410 level and the 61.8% Fib retracement of the March to June move. A reversal from here appears unlikely given the fundamental backdrop of the eurozone but could emerge if the Bank of England (BoE) disappoints next week. Respondents of a Reuters survey suggest the likelihood of a 25 and 50 bps hike are closer to 50/50 than market expectations reveal (93% of a 50 bps hike).

Fall of nzd/usd, strengthening of us dollar