Forex Signals Brief for May 2: Chinese Manufacturing Dives Into Contraction 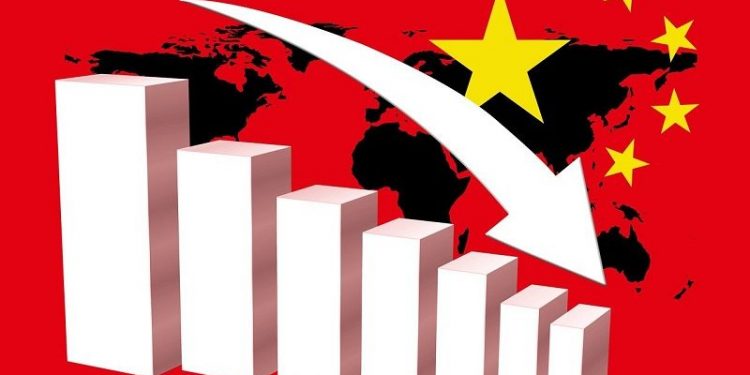 Forex Signals Brief: Last Friday, the attention was focused on the European inflation data initially, since inflation has been forcing central banks to tighten the monetary policy, while the European Central Bank (ECB) is still hesitating. CPI inflation showed a slight cool off in Spain and Germany in April after the jump in March which eases the pressure slightly for the ECB, but it still remains quite high.

The US GDP report took the attention in the US session after it posted a contraction in Q1. Expectations were for a 1.1% expansion in the first quarter of this year, but it showed a 1.4% decline in the economic activity  instead, which was a surprise. The rally in the USD stalled, but commodity currencies were mostly damaged by this.

Over the weekend, we saw some horrible figures from China. Chinese manufacturing PMI and Caixin manufacturing both dived deeper into contraction, while services PMI dived even deeper, as lockdowns in the Shanghai area are hurting the economy.

The contraction in the US economy during Q1 and now the lockdowns in China will probably send the Chinese economy into contraction too, which will weigh on risk assets. Commodity dollars and stock markets are already feeling this and they have begun the retreat.

Today we will see the final reading for the European April manufacturing although we did get a preview in the first reading, so the US ISM manufacturing report will be more important. But, manufacturing activity is likely to stay around current levels.

Last Friday, we got caught on the wrong side during the USD retreat and had several losing signals, all long on USD against major currencies. Although, we milked the USD uptrend for more than a week, so despite the drawback on Friday, we had quite a profitable week.

In the last two months, we have had many winning signals going long on USD/JPY. The bullish mood has been incredible since the beginning of March. We got caught during the pullback last Friday, although the trade seems pretty simple here.

The price has retreated to the 20 SMA (gray) on the H4 chart which s acting as support, so we placed a buy pending order last night close to this moving average, hoping that the uptrend would resume again.

Forex Signals Brief: We are deciding to go short on EUR/USD again, since this pair has been extremely bearish since the beginning of this month and the decline is picking up pace. Friday’s retrace seems to be over too, with the 20 SMA (gray0 acting as resistance already, so we will place a pending sell signal just below the 20 SMA for today.

RUNE began a strong uptrend last month, which sent it more than 400% higher as THORChain made some important upgrades. Although the highs still keep getting lower on a larger scale. We decided to open a buy signal last month, after the pullback to the 200 SMA (purple).

The price started to bounce off that moving average and we were well in profit for some time, but the bearish sentiment in the crypto market has sent RUNE/USD lower. Although we are holding on to our signal and might add further lower toward support, since fundamentals are strong for THORChain.

Forex Signals Brief: We decided to buy Terra LUNA token since this cryptocurrency has been the most bullish among major ones for many months, as it continues to make higher highs until last month. LUNA/USD retreated in January, falling to the low $40s, but the 200 SMA (purple) held as support twice and buyers resumed the uptrend again.

Luna almost reached $120 earlier this month but retreated lower again although this time it was the 100 SMA (green) which held as support where we decided to open a buy signal. LUNA/USD strted to bounce off this moving average but the 20 daily SMA (gray) stopped the bounce and now the price has returned back down to the 100 SMA.