Inflation Is Not Stopping – Will Central Banks Hike Faster? 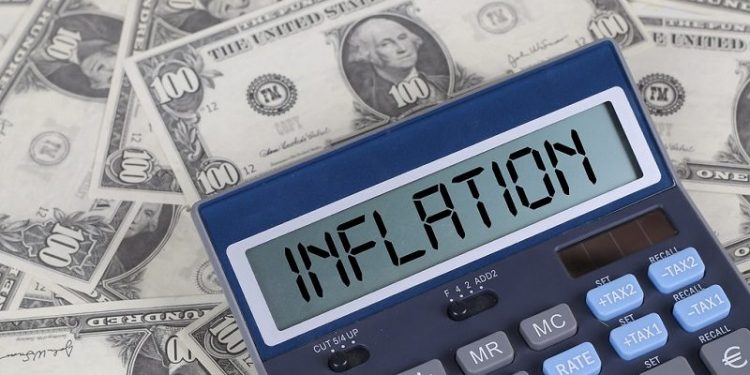 Inflation Is Not Stopping, Two years ago central banks were begging for some inflation; now they don’t seem to be able to contain it. The US has been leading the surge but the rest of the world is following up; while central banks have turned hawkish, starting to tighten the monetary policy. They’re ending the quantitative easing (QE) programmes and are starting to hike interest rates now. But, so far they haven’t had much success; as prices keep surging. Will central banks (CBs) pick up the pace?

US CPI Inflation Heading to 8%

In the US, the consumer price index (CPI) inflation indicator which measures price changes in a basket of goods and services,  increased 0.6% in January compared with the previous month. Surging prices for groceries; electricity, and rent led the increase; with the food index rising 0.9% in January; after increasing 0.5% in December. On an annualized basis, CPI inflation rose by 7.5% in January and in February CPI is expected to head toward $8.

Inflation has become the main point of concern for FED officials. While some inflation is good for an economy, too much of it can become deeply damaging; especially if consumers start to expect that prices will continue to rise sharply. When those inflation expectations become unanchored, price pressures can spiral out of control, forcing the Fed to increase interest rates so aggressively that it derails the nation’s economic recovery.

CPI has been increasing non-stop for two years

Eurozone inflation soars to new highs and this just adds more pressure to the ECB to communicate a firmer message at next week’s meeting. We’ll see if policymakers will have the appetite to commit or try to maintain flexibility but the latest figures above just continue to underscore how wrong they were when they talked up their ‘transitory’ narrative last year.

Wheat futures on the CBOE are up 16% since the start of the week, the biggest rally since the poor harvest in 2012. At one point yesterday; the weekly rise was close to 20%. The price level was the highest since April 2008;; as traders anxiously assessed the impact of the conflict between two of the world’s biggest exporters of wheat, corn; and other agricultural products.

The FAO’s Food Price Index in January was near its 2011 peak (in nominal terms) and one step below its 1974 peak – a time of stagflation and the aftermath of the oil crisis. And the latest spike in grains prices suggests that these highs will already be surpassed in February.

Inflation Is Not Stopping

Inflation Is Not Stopping, It means that people will spend more on food and less on durable goods and services, worsening living standards. Such price hikes are an additional headache for central banks around the world. They may find themselves forced to turn a blind eye to inflation so as not to put the economy and consumer demand under additional stress.

But this is terrible news for currencies. Forced inflation tolerance by the Central Bank will depreciate the value of money and suppress the exchange rate. This promises to be a problem for the euro and the British pound. High inflation may no longer be a reason to buy the euro and the pound against the dollar on the forex market, as it would not increase the chances of a tightening of the central bank policy in the coming months. There could also be a reverse reaction when currencies come under pressure as investors sell off local bonds amid falling real yields.

Bitcoin Closes Month in Green – Can ...