Gold Underpinned Over $1,855, US Fed Kept Rate Hikes off the Table 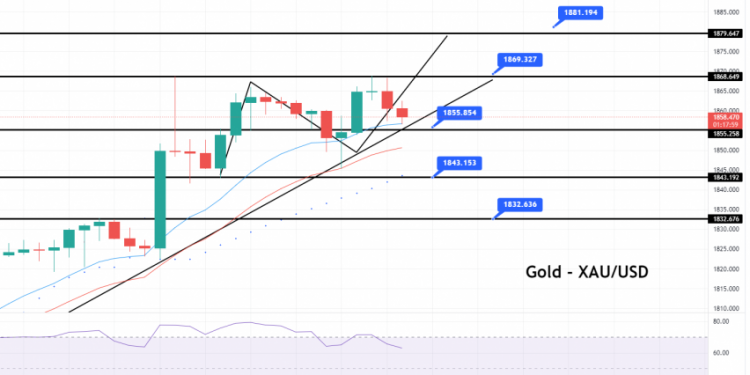 Gold Underpinned, Gold prices closed at $1,867.85, after setting a high of $1,871.35, and a low of $1,848.10. Gold surged on Friday and extended its gains for the 7th consecutive session, amid increased demand for bullion as an inflation hedge, triggered by a surge in US consumer prices.

Since November 3, gold has gained as much as $110, bolstered by deepening fears of inflation and reassurances from key central banks that interest rates will remain low for the time being. Furthermore, the US dollar was low on Friday, which ultimately put upward pressure on gold prices. The US Dollar Index, which measures the value of the greenback against a basket of six major currencies, dropped to the 95.00 level on Friday, from a daily high of 95.26.

Gold was clearly responding to higher inflationary pressure. However; the gains in the precious metal were somewhat limited, as market participants were of the view that tighter Fed policies would control inflation, and that the economy was robust enough to withstand higher rates.

On the interest rate front, the Federal Reserve has kept rate hikes off the table for now. The Chairman of the Federal Reserve, Jerome Powell, omitted to give any concrete timeline as to when the Fed will begin to raise rates. The reduced stimulus and interest rate hikes tend to push up government bond yields and raise the opportunity cost of holding gold, which pays no interest.

On the data front, at 20:00 GMT, the JOLTS job openings surged to 10.44 million, against the forecast of 10.02 million, which supported the US dollar and put the brakes on any further gains in gold prices. The Prelim UoM Consumer Sentiment dropped to 66.8, from the anticipated 72.5, which weighed on the greenback and supported the upward momentum in the yellow metal. The Prelim UoM Inflation Expectations surged to 4.9% in November, from the previous 4.8%.

Meanwhile, New York Federal Reserve Bank President John Williams said on Friday that higher; inflation was not affecting all households equally; with people on fixed incomes taking a bigger hit. He said that the fixed-income group was less protected against surprisingly high inflation.

Gold Underpinned, Gold is trading at the 1,859 level; facing strong resistance at the 1,865 level. On the 4-hour timeframe, XAU/USD is trading with a bullish bias, having violated the upward channel; which is now suggesting a strong bullish trend in gold. However, the precious metal has now entered the overbought zone and may exhibit a bearish correction. On the lower side, immediate support for the XAU/USD; prevails at 1,850, which is extended by a 38.2.% Fibonacci retracement level. A further breakout at 1,850 could lead the gold prices towards levels of 1,845 and 1,840. 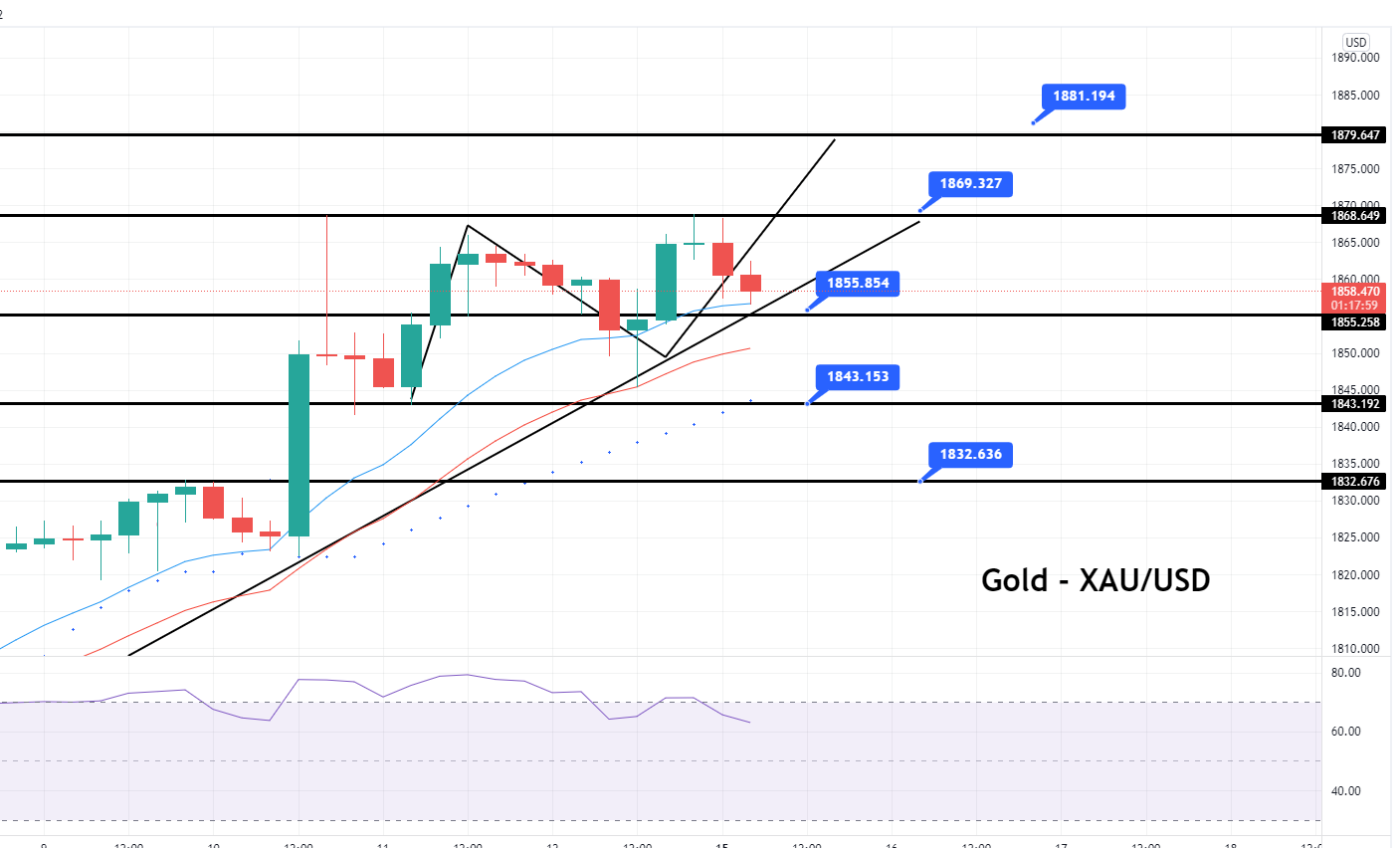 The resistance level remains at the 1,865 level, and violation of this level; would expose the metal to the 1,869 level. The RSI and stochastic are in an overbought zone; and the closing of candles below the 1,865 level would open the metal; up to the 1,850 level. Let’s consider taking a sell trade below 1,865, and buy above the same. Good luck!