Gold Price Forecast: XAU/USD Steady at $1,759, Ahead of the US Nonfarm Payrolls 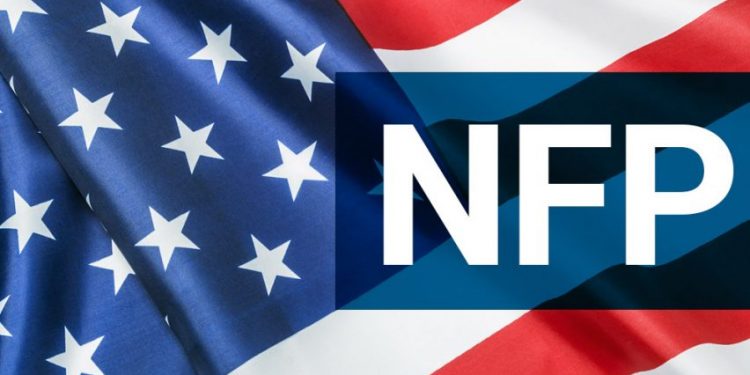 It’s going to be a roller coaster ride for the US dollar and correlated trading securities with the upcoming US nonfarm payrolls data. Gold came to a standstill on Friday, as investors avoided large bets before the US nonfarm payrolls report, which is critical to the Federal Reserve’s stimulus reduction plan.

A stronger dollar weighs on XAU/USD

Overall, futures for the yellow metal, gold, in the United States, have fallen 0.1 percent to $1,757.10 per ounce. At the same time, the dollar index was trading just below a one-year high. A stronger dollar has raised the price of gold for holders of other currencies;

Fed Chairman Jerome Powell indicated last month that there was widespread agreement among officials to begin lowering the central bank’s monthly asset purchases as early as November; provided that the September jobs report was “good.”

For all the newbies, a hawkish monetary policy means lowering the stimulus measures; raising interest rates in order to raise bond yields; and increasing the opportunity costs of storing bullion, which pays no interest.

The Senate has adopted legislation to temporarily raise the federal government’s $28.4 trillion debt limit and prevent a historic default this month; but it has delayed making a decision on a longer-term solution until early December. This is adding to the risk-off market sentiment.

China is one of the more significant gold consumers; which is underpinning gold prices. According to official data released on Thursday; China had 62.64 million troy ounces of gold at the end of September, which is the same as the previous month. This information supported the gold prices.

Gold Price Forecast, According to data released on Thursday; the number of Americans filing new claims for unemployment benefits fell by the biggest margin in three months last week. This indicates that the recovery of the labor market is regaining traction after a recent setback.

Whenever we talk about the monthly US nonfarm payrolls (NFP) report in the United States, we constantly underline its importance; primarily because of its impact on Federal Reserve policy.

After last month’s FOMC meeting, Fed Chairman Jerome Powell stated unequivocally that the central bank intends to unveil its tapering strategy at its November meeting. The target end date will be around the middle of next year.

In light of this, this month’s US jobs report is likely to have to overcome the most rudimentary of obstacles, in order to keep the Fed on track. Indeed; some analysts believe that the Fed will feel safe disclosing its tapering plan, as long as the US economy creates at least 100,000 net new jobs.

In other words, if this month’s jobs data is even decent, the market impact may be more restricted than usual. Fortunately (for the US economy; though not necessarily for traders), expectations are far above that low level, with traders and economists expecting 490K net new jobs in this month’s NFP report; with average hourly earnings predicted to grow by 0.4 percent m/m.

On Friday, gold is trading with a bullish bias at the 1,759 level. It is holding above an intraday pivot point level of 1,758, which provides a bullish bias for the precious metal today.

On the higher side, gold is likely to find immediate resistance at 1,764  whereas a break-out at the 1,764 level could lead the prices of the precious metal towards the next resistance levels of 1,773 and 1,779. On the bearish side, gold may find immediate support at 1,758, which is being extended by a pivot point.

Below this pivot point level, the 50-day SMA (simple moving average) provides the next immediate support at 1,751. Let’s consider staying bullish above 1,751 and bearish below the same level, ahead of the US nonfarm payroll figures. Good luck!