Australian Dollar Outlook Might Get a Kick From the RBA. To Hike or Not to Hike? 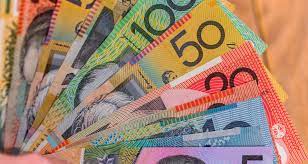 The backdrop of elevated commodity prices and a relatively healthy economic national balance sheet are underpinning the currency.

By historical standards, the Aussie is below the long-term average since the float in 1983, while the terms of trade remain at multi-generational highs. This is further boosting the domestic economy.

Since the RBA was mandated with an inflation targeting regime in 1993, Australia has enjoyed unprecedented prosperity. Political parties of all persuasions would like to take credit for the rosy outcome, but the reality is that the stewardship of the central bank has played a crucial role in maintaining the wealth and economic health of the nation.

Soon, the RBA are likely to face a challenge in the May 3rd monetary policy meeting, but one that they have stared down before. Australian CPI will be published on April 27th and indications are that it has a strong possibility of shooting the lights out. A Federal election is to be held before May21st.

The market is pricing in a small probability of a hike in May but a strong chance of the first rate-rise at the June meeting. The RBA indicated after the February meeting that they will wait for the first quarter CPI number before acting on rates.

The market appears to think that the RBA will wait until after the election. In 2007 they raised rates just before an election. If the CPI number is high, history suggests they will act.

Compounding the issue, is the embarrassing policy error that the US Federal Reserve has made. An argument around ‘cost push’ inflation being ‘transitory’ has been proven wrong.

The RBA have form and the play book to stare down inflation before it gets to ‘eye watering’ levels. The May meeting could well be ‘live’ for a hike, CPI dependent.

A more hawkish RBA could see the Aussie trade above long-term averages.

AUD/USD REGRESSION SINCE THE FLOAT IN 1984

Trading the forex market allows for the use of various other order types which can benefit the trader. Spend time getting to grips with these to feel more confident managing your trades.
Traders often look to retail client sentiment when trading popular FX markets. provides such data, based on IG client sentiment.
wavesscoutforex hosts multiple webinars throughout the day, covering a number of topics related to the forex market like central bank movements, currency news, and technical chart patterns being followed.
To get involved in the large and exciting world of forex check out our wavesscoutforex