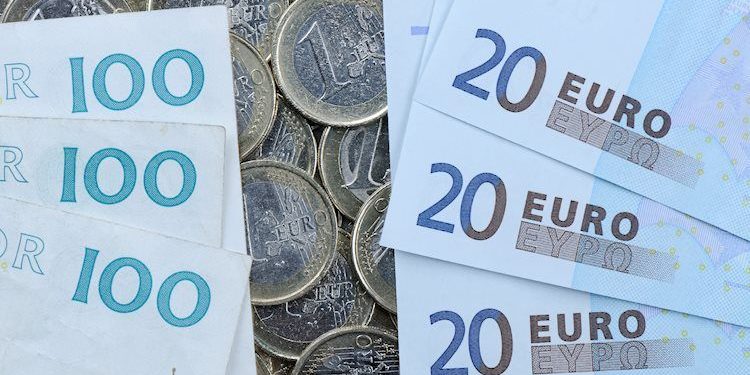 Euro Q1 2022 Fundamental; After dropping almost continuously for more than six months, you might think that EUR/USD is overdue for a substantial rally. The problem is that it remains almost impossible to imagine a catalyst for such a sustained move higher. The bottom line is that interest rates are being increased elsewhere but not in the Eurozone, and that points to further Euro weakness.

Now, nothing is certain in the world of central banking but the forward guidance from the European Central Bank suggests that early in 2022 it will reduce bond-buying via its Pandemic Emergency Purchase Program and perhaps balance that by increasing buying via its older Asset Purchase Program: essentially making no change in monetary policy overall.

Later in the year though, perhaps in the second quarter; the ECB will begin cutting its monthly asset purchases until by year-end the programs end completely. This indirect tightening of monetary policy could then be followed by an interest rate increase early in 2023. This is, of course, no certainty. The ECB is not a great communicator with the markets. However, it’s a scenario that would leave the ECB way behind many other central banks in raising rates and would therefore likely lead to more losses for the Euro.

That said, this all assumes that inflation will rise further but then fall back gradually; allowing the ECB to see through the initial increase to the reduction coming later. In other words, not having to panic by hiking rates only to have to cut them afterward. This is indeed a likely outcome. An increase in German Value Added Tax and previous energy price rises will both drop out of the inflation calculations. Supply-chain disruptions caused by the coronavirus pandemic will hopefully end, bringing prices down.

On the other hand, if the Eurozone economy continues to recover then prices generally could start to rise. Utility prices, in particular, could advance as green energy takes over from cheaper fossil-fuel energy. Note too that German Bund yields remain negative while yields in countries like the US and the UK are well above zero – giving the Euro an inbuilt disadvantage compared with currencies such as the US Dollar and the British Pound.

The interest rate increases are expected by central banks such as the US Federal Reserve. The Bank of England can only worsen that disadvantage and boost the Dollar and the Pound against the Euro.

This all assumes, though, that the global economy continues to recover from the Covid-19 pandemic; which in turn assumes that no new variants emerge that force governments to clamp down again by restricting travel, enforcing more lockdowns. Generally taking measures that would stifle growth. If that were to happen then tighter monetary policy elsewhere would become less likely and the Euro would suffer less against other currencies.

One additional unknown is whether the new German government coalition of social democrats, liberal democrats. Greens will loosen fiscal policy to such an extent that the ECB would be forced to react by tightening monetary policy to balance out economic policy overall. That is so unlikely, though, that traders can almost certainly ignore it.

US Dollar Rises Even as Liquidity Remains ...