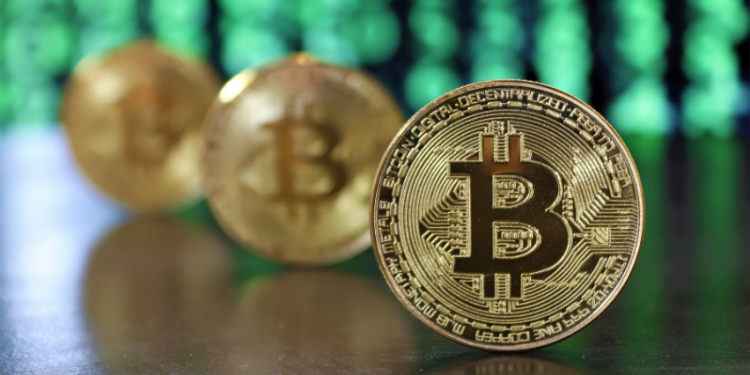 The BTC/USD coin remains well supported above the $47,000 level against the US dollar. Bitcoin must clear $48,500 to start a decent increase towards the $50,000 level. The prices of the world’s leading cryptocurrency, Bitcoin, gained pace after it cleared the $47,000 resistance level.

Meanwhile, the BTC/USD coin found support near the $47,200 level, and there was no downside continuation. As a result, there was a fresh increase above the $47,500 level. The Bitcoin price could start another downside correction if it fails to clear the $48,000 resistance zone. Immediate support to the downside is near the $47,600 level and the broken channel trend line. If the price breaks the $47,600 level, it could test the $47,200 support level.On the other hand, the BTC may experience another increase if it clears the $48,500 resistance level. If there is a clear break above $48,500, the price could rise towards the key $50,000 resistance in the coming sessions.

The sharp sell-off in the broad-based US dollar, on the other hand, fueled the buying bias in Bitcoin. Meanwhile, positive remarks about cryptocurrencies by billionaire fund manager and New York Mets owner Steve Cohen, have positively impacted Bitcoin prices.

The ETH/USD coin pair has remained positive above the $3,500 and $3,550 resistance levels. It is consolidating gains against the US dollar, near the $3,580 resistance zone. The ETH price could start a fresh rally if it clears the $600 level. The price traded was as high as $3,674 before there was a downside correction, which saw Ethereum drop below the $3,600 and $3,550 support levels.

The ETH/USD pair cleared the $3,550 resistance level, and it is now trading above $3,560 and the 100 hourly simple moving average. The ETH prices could start another downside correction if Ethereum fails to continue higher, above the $3,580 and $3,600 resistance levels. Initial support on the downside is near the $3,540 level. The next support is near the $3,520 level and the triangle lower trend line. A downside break below the triangle support could lead Ether towards the $3,450 support zone in the near term. However, the greenback’s selling bias was considered one of the key reasons behind Ethereum’s bullish bias. The broad-based US dollar dropped on the day, but remained near 3-week highs. Strong economic data from the US reinforced expectations that the US Federal Reserve will start asset tapering earlier than expected, which helped to limit losses in the greenback. Thus, the modest ongoing losses in the USD tend to underpin the ETH/USD pair.

The LTC/USD coin pair is changing hands at $186, which is down from the recent high of $195.49. However, the selling bias surrounding the LTC/USD pair could be attributed to speculative sentiment and technical factors, while fundamental developments remain in the shadows. We are all well aware that the cryptocurrency market is known for this kind of behavior, because everything grows and falls simultaneously.

The broad-based US dollar dropped on the day, but remained near 3-week highs, as strong economic data from the United States reinforced expectations that the US Federal Reserve will start asset tapering earlier than expected. This helped to limit the losses in the American currency. However, the upbeat market mood tends to undermine the US dollar, due to its safe-haven appeal.

Furthermore, the losses were also capped by the positive reports that AMC Entertainment Holdings, Inc. boss, Adam Aron, said the theatre chain would accept Ether; Bitcoin Cash and Litecoin, alongside Bitcoin, for ticket purchases. This shows that cryptocurrencies are gaining acceptance among mainstream investors and companies.

The XRP/USD crypto coin failed to stop its early-day bearish rally and drew further offers around the 1.09 level. Ripple XRP continues to consolidate its position below the $1.20 level. At the time of writing, the coin was within the 9-day and 21-day moving averages, while floating towards the channel’s lower boundary; as the technical indicator, the Relative Strength Index (14), is seen moving around the 50-level.

Despite the various positive headlines regarding cryptocurrencies; the XRP/USD pair failed to gain any positive traction on the day, possibly due to the latest weakness in the world-largest cryptocurrency, Bitcoin. Meanwhile, the regulatory body in South Korea has ordered 60 crypto exchanges to terminate their services entirely and inform their customers about it by Friday. This shocking headline put some downside pressure on cryptocurrencies, including XRP.

The DOGE/USD extended its previous upward rally and has been flashing green signals since the start of the day. The Dogecoin is currently trading at $0.254148; with a 24-hour trading volume of $1,922,075,063. Dogecoin has dropped by 3.17% in the last twenty-four hours.

The current market ranking is #8, with a live market cap of $38,384,210,776. It has a circulating supply of 131,128,539,044 DOGE coins and there is no maximum supply. However, the buying bias in Dogecoin was mainly sponsored by the weaker US dollar. The broad-based greenback dropped on the day, but remained near 3-week highs, as strong economic data from the US reinforced expectations that the US Federal Reserve will start asset tapering earlier than expected. This helped to limit the losses in the US dollar. However, the upbeat market mood tends to undermine the US dollar, due to its safe-haven appeal. On the other hand, San Jose-based financial technology giant PayPal, has declared that all of its eligible customers can now buy, sell and hold cryptocurrencies in the UK. This positive development exerted some positive impact on the crypto market and contributed to the gains in Dogecoin.