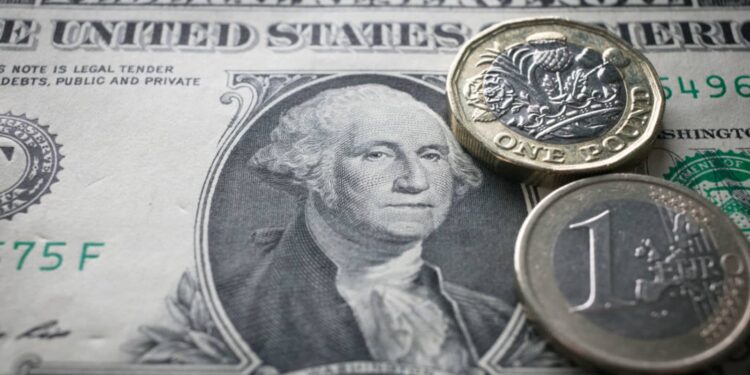 US Dollar Boosts: The Euro is weaker on Thursday as a staunch US Dollar sweeps across markets after more hawkish rhetoric from Fed speakers.

EUR/USD was unable to gain traction despite the market leaning toward a 75 basis-point at next week’s European Central Bank (ECB) meeting in the aftermath of yesterday’s higher than anticipated CPI.

Gold is struggling to hold ground, languishing near US$ 1,700 an ounce.

Overnight, Cleveland Federal Reserve President Loretta Mester said that she saw the Fed funds rate climbing over 4% early next year and will hold there. She did not see a rate cut in 2023. Her comments follow several similar comments from other board members so far this week.

September will see a further acceleration in quantitative tightening from the Fed, with US$ 95 billion running off their balance sheet per month.

This will be achieved by not re-investing Treasuries and mortgage-backed securities (MBS) as they mature. Any short fall in the tightening target will be made up by selling T-bills.

USD/JPY made a fresh 24-year high in the Asian session as Treasury yields surged again all along the curve. The currency pair went above 139.50 while the 2-year Treasury note is at a 15-year high, eclipsing 3.5% today.

Higher interest rates appear to be impacting the Australian housing market, with data from Corelogic showing the largest monthly depreciation in August for forty-years. Sydney, the largest property market, fell 2.3% while prices across the nation fell 1.6% for the month. The Australian Dollar broke below support levels to trade under 68 cents today.

APAC equities followed Wall Street lower after China’s Caixin PMI printed at 49.4 for August, below forecasts of 50.0 and 50.4 in July. The Chinese Yuan fixed stronger than expected for the 7th day in a row at 6.8821.

Crude oil slipped lower again, defying OPEC+ suggestions that production could be reduced. Slowing global growth on central bank tightening and a tanker running aground in the Suez Canal have been cited as the catalyst. The ship was re-floated without too much disruption to traffic.

After a series of European PMIs and Swiss CPI, the US will see the latest ISM manufacturing numbers.

EUR/USD remains in a descending trend channel and below several simple moving average (SMA). The latter may suggest that bearish momentum is unfolding

Resistance could be at the break point of 1.0097 or the descending trend line that currently coincides with the 55-day SMA at 1.0215

The transmission of gas through Nord Stream ...