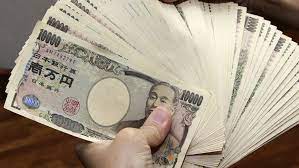 Japanese Yen Soars: A 3.5 percent drop in Dow Jones futures on Wednesday, the worst daily performance since June 2020, defined the broader Wall Street session. This followed a few days of upside progress, which in hindsight could have been viewed as a bear market rally. Winners did emerge in foreign exchange markets, namely the anti-risk Japanese Yen.

Until the end of April, JPY had been persistently depreciating against its major peers, largely driven by the widening hawkish gap between the Bank of Japan and its major counterparts. Now, the anti-risk characteristic of the currency is starting to shine. Namely, against the sentiment-linked currencies such as the Australian Dollar, New Zealand Dollar and Canadian Dollar.

Weakness in technology stocks, such as Apple, Amazon and Tesla, likely contributed to the pessimistic mood. Compounding that were disappointing earnings reports from Target and Cisco. Target’s stock cratered by almost 25% in the worst drop since 1987 after the company cut its profit outlook. Cisco’s share price fell about 13% in after-hours trade after revenue estimates significantly missed expectations.

Taking a look at the chart below, following the decline in stocks was the 10-year Treasury yield. During times of panic, investors often flock to the safety of government bonds. The decline in longer-term yields could also signal fading growth expectations. As such, the haven-linked US Dollar struggled to hold its footing against the Japanese Yen.

With that in mind, futures tracking the Wall Street major benchmark stock indices are in the red ahead of Thursday’s Asia Pacific trading session. This could spell trouble for regional indices, such as the ASX 200, Nikkei 225 and Hang Seng Index. On the upside, this could leave the Japanese Yen in a position to capitalize in a risk-averse environment.

This would likely spell trouble for the Australian Dollar, which is also looking forward to a local jobs report. Strong gains could embolden hawkish Reserve Bank of Australia policy expectations. But, will this be enough to offset further turmoil in equities?

On the daily chart, USD/JPY seems to have confirmed a breakout under a near-term rising trendline from the end of February. This has left the pair in a more neutral setting as it idles between support (126.952) and resistance (131.256). Breaking under support could shift the outlook increasingly bearish, placing the focus on the 50-period Simple Moving Average.