Japan and US intervention in the Forex market 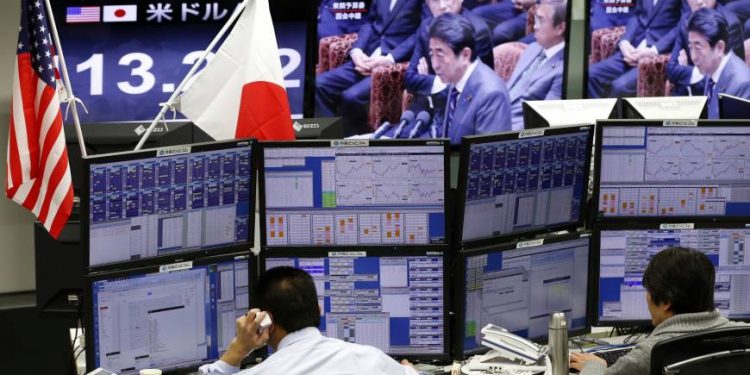 Is the intervention of Japan and the United States correct?

“We confirmed that currency authorities of both countries will communicate closely, aligning with the exchange-rate principles agreed among the G7 and G20 members,” Suzuki told reporters after the meeting with Yellen in Washington D.C. on the sidelines of the International Monetary Fund gatherings.

Suzuki said he explained to Yellen that recent yen falls were sharp, but declined to comment on whether the two discussed the idea of coordinated currency intervention.

In a report from Washington, TBS said Suzuki and Yellen likely discussed joint currency intervention during their talks.

“The U.S. side sounded as if it would consider the idea positively,” TBS quoted the government source as saying. Still, Washington will find it hard to consent to yen-buying intervention as it would drive down the dollar and accelerate already soaring U.S. inflation, TBS reported.

When approached by Reuters on the report, a Japanese finance ministry official said he could not comment on whether joint currency intervention was discussed at the meeting.

“If intervention does take place, that could trigger a huge unwinding of positions and push up the Japanese currency by 2-3 yen in a short period of time.”

In a statement issued on Friday, the U.S. Treasury Department said Yellen and Suzuki “discussed financial market developments, including foreign exchange markets, and underscored the importance of maintaining previous G7 and G20 commitments on exchange rates.”

Yen against the dollar

Japan and US intervention

The yen has plunged to two-decade lows against the dollar, with the central bank continuing to defend its ultra-low rate policy in contrast with heightening chances of aggressive rate hikes by the U.S. Federal Reserve. read more

The currency’s fall halted this week at lows of 129.43 to the dollar on expectations the issue of joint intervention could be raised at the G7 and the U.S.-Japan finance leaders’ meetings.

In a G7 statement issued on Thursday, the finance heads said they were closely monitoring markets that have been “volatile,” but made no mention of exchange rates.

“The government has said rapid currency moves were undesirable. What we’re seeing now with the yen are rapid moves, so we’ll monitor moves closely with a sense of urgency,” Suzuki told reporters.

Investors believe the yen has even further to fall, with most betting that even a government intervention wouldn’t be enough to turn around the momentum.

“It wouldn’t surprise me if they did talk about joint intervention,” though Suzuki likely failed to win consent from Yellen, said Daisaku Ueno, chief foreign exchange strategist at Mitsubishi UFJ Morgan Stanley Securities.

“That’s why Suzuki had little to say about what Yellen told him. Given the U.S. battles with rapid inflation through monetary tightening, it’s unthinkable Washington will agree to Japan’s call for intervention.”

The European Union has decided to pay ...