Japan, US to communicate closely on FX as yen hits 6-year low 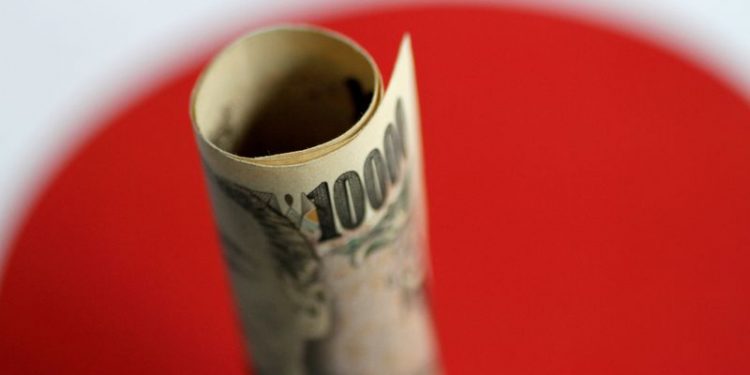 Japan, US to communicate: TOKYO (Reuters) -Japan and the United States agreed to communicate closely on currency issues, Japan’s top currency diplomat said on Tuesday in his strongest statement yet since the yen’s decline to six-year lows against the dollar.

“We discussed financial market developments including dollar-yen moves,” Kanda told reporters after meeting his counterpart Andy Baukol, acting Under Secretary of International Affairs at the U.S. Department of the Treasury.

“We underscored the importance of maintaining previous G7 and G20 commitments on exchange rates,” Kanda, who oversees G7/G20 meetings and currencies, said after the meeting at Tokyo’s Ministry of Finance (MOF).

The visit to Tokyo by a senior U.S. official, and the two sides’ rare discussion of currency issues, indicated Japan’s and the United States’ shared concern over the yen’s weakening, a Japanese MOF official told Reuters.

Although the Japan-U.S. meeting may edge Tokyo closer to direct intervention, some market players saw the yen’s current levels as not weak enough to justify that.

Japan US to communicate

“The tone of warning from Japanese policymakers has not much changed. MOF bureaucrats must be aware that verbal intervention won’t be effective in reversing the (weak-yen) trend.”

The prospect of aggressive U.S. interest rate hikes and the BOJ’s decisive moves to defend its 0.25% yield cap have pushed the yen to six-year lows against the dollar.

Japanese policymakers have escalated their warnings over the impact of sharp yen falls on the world’s third-biggest economy as it struggles to recover from the impact of the pandemic and as the war in Ukraine further increased the cost of oil.

Japan, US to communicate closely on FX as yen hits 6-year low

“Based on the G7 and G20 agreements, we will closely communicate with currency authorities from the United States and other countries to respond appropriately,” Kanda said.

Kanda declined to comment when asked whether the “close communication” between Japan and the United States was meant to include currency intervention.

Given the economy’s heavy reliance on exports, Japan has historically focused on arresting sharp yen rises and taken a hands-off approach on yen falls.

Yen-buying intervention to arrest steep yen falls has been very rare, with the latest action taken during the Asian financial crisis in 1998.Japan, US to communicate closely on FX as yen hits 6-year low2Comments (2)