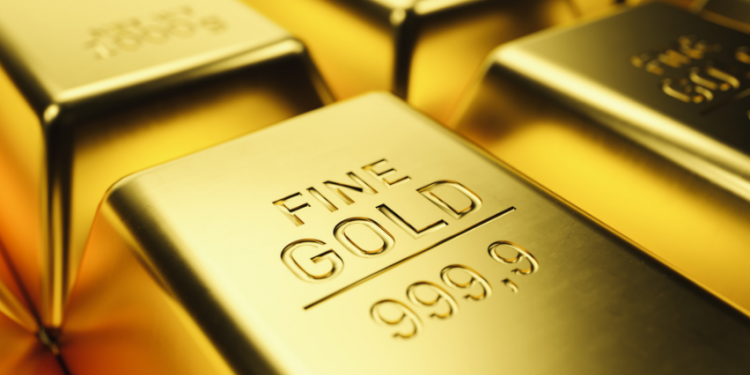 Gold Prices Up Dollar: Financial markets were in a sour mood in thin trade at the start of the trading week. Most global bourses were closed for the Easter Monday holiday, driving down liquidity. That may have contributed to outsized moves, which could then struggle for follow-through as participation levels are rebuilt.

Familiar worries appeared to be in play. The spread between front- and second-month WTI crude oil futures widened, speaking to an increased premium on near-term delivery. That may speak to returning supply disruption fears as the Kremlin signals an impasse in negotiations between Russia and Ukraine.

Meanwhile, the 2022 Fed rate hike path implied in interest rate futures steepened. 225 basis points (bps) in hikes are now priced in for this year, implying that three of the remaining six policy meetings this year will bring an outsized 50bps increase. Rates are typically adjusted in 25bps increments.

Bellwether S&P 500 futures fell alongside sentiment-sensitive currencies like the Australian Dollar against this backdrop. The anti-risk US Dollar and Japanese tracked tellingly higher. Gold prices also rose, suggesting that geopolitical jitters outweighed yields and Greenback in their influence over the yellow metal.

The spotlight now turns to a speech from St. Louis Fed President James Bullard, the most vocal hawk on the policy-setting FOMC committee. A familiar script calling for aggressive stimulus withdrawal may not be much of a surprise, but Mr Bullard’s comments have previously managed to move markets all the same.

On the corporate earnings front, first-quarter reports are due from Bank of America, BNY Mellon and Charles Schwab. Traders are likely to be more interested in these top financials’ guidance on inflation and the impact of the Fed’s oncoming tightening cycle than headline results for the first three months of the year.

Near-term support is marked by the 23.6% Fib at 1958.80 and reinforced by former resistance at the November 2020 – January 2021 double top. Slipping back below this barrier may set the stage for another run at the now-familiar range floor anchored at 1908.20.