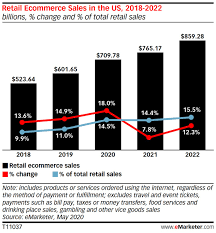 USD/CAD Ahead: USD/CAD bounces back from a fresh monthly low (1.2453) as a growing number of Federal Reserve officials strike a hawkish tone, but the exchange rate remains susceptible to a further decline as it extends the series of lower highs and lows from the start of the week.

USD/CAD Ahead: USD/CAD appears to be in the midst of a broader correction as it takes out the December low (1.2606), and the exchange rate may continue to give back the advance from the October low (1.2288) as fresh data prints coming out of the US are anticipated to show a slowdown in economic activity.

The US Retail Sales report is anticipated to show household spending holding flat in December, while the U. of Michigan Confidence survey is expected to reflect a downtick in consumer sentiment, and a batch of dismal data prints may keep USD/CAD under pressure as it encourages the Federal Reserve to delay normalizing monetary policy.

As a result, USD/CAD may continue to depreciate ahead of the next Federal Open Market Committee (FOMC) interest rate decision on January 26 as it fails to defend the monthly opening range, but a further decline in the exchange rate may fuel the recent flip in retail sentiment like the behavior seen during the previous year.

The IG Client Sentiment report shows 75.89% of traders are currently net-long USD/CAD, with the ratio of traders long to short standing at 3.15 to 1.

The number of traders net-long is 13.09% higher than yesterday and 58.75% higher from last week, while the number of traders net-short is 20.92% lower than yesterday and 16.62% lower from last week. The surge in net-long interest has fueled the tilt in retail sentiment as 65.87% of traders were net-long USD/CAD earlier this week, while the decline in net-short position comes as the exchange rate trades to a fresh monthly low (1.2453).

With that said, the decline from the December high (1.2964) may turn out to be a correction in the broader trend as the FOMC appears to be on track to implement higher interest rates in 2022, but recent price action raises the scope for a further decline in the exchange rate as it extends the series of lower highs and lows from the start of the week.