EUR/USD Rate Vulnerable to Rising US Inflation and Employment 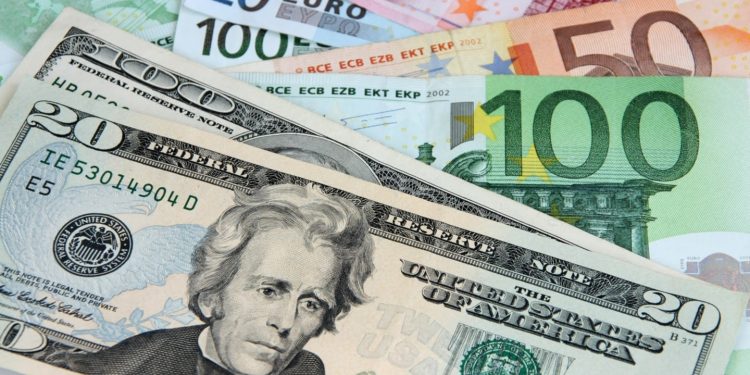 EUR/USD Vulnerable: The range-bound price action in EUR/USD appears to be unraveling as it clears last week’s low (1.0961), and fresh developments coming out the US may keep the exchange rate under pressure as the Federal Reserve shows a greater willingness to normalize monetary policy at a faster pace.Advertisement

EUR/USD RATE VULNERABLE TO RISING US INFLATION AND EMPLOYMENT

EUR/USD struggles to hold its ground on the back of US Dollar strength, and another uptick in the US Personal Consumption Expenditure (PCE) Price Index along side a further expansion in Non-Farm Payrolls (NFP) report may encourage the Federal Open Market Committee (FOMC) to adjust its exit strategy as Chairman Jerome Powell acknowledges that the central bank could “move more aggressively by raising the federal funds rate by more than 25 basis points.”

The core PCE index is anticipated to increase for the sixth consecutive month, with the Fed’s preferred gauge for inflation projected to increase to 5.5% from 5.2% per annum in January, which would mark the highest reading since 1983. Looking ahead, the update to the Euro Area Consumer Price Index (CPI) is also expected to show persistent inflation amid forecasts for a rise to 3.1% from 2.7% per annum in February, and it remains to be seen if the development will push the European Central Bank (ECB) to adjust its forward guidance at its next meeting on April 14 as the Governing Council insists that “the calibration of net purchases for the third quarter will be data-dependent.”

As a result, key data prints coming out of the US may have a greater influence on EUR/USD as President Christine Lagarde and Co. insist that “any adjustments to the key ECB interest rates will take place some time after the end of our net purchases under the APP (asset purchase programme), and evidence of rising inflation along with a further improvement in the US labor market may drag on EUR/USD as the NFP report is projected to show the economy adding 490K jobs in March.

In turn, EUR/USD may continue to give back the rebound from the monthly low (1.0806) as the CME FedWatch Tool now shows a greater than 70% probability for a 50bp rate hike at the next FOMC rate decision on May 4, and it remains to be seen if the central bank will adjust its exit strategy as the “Committee expects to begin reducing its holdings of Treasury securities and agency debt and agency mortgage-backed securities at a coming meeting.”

Until then, EUR/USD may continue to face headwinds as the FOMC implements higher interest rates ahead of its European counterpart, but a further decline in the exchange rate may fuel the tilt in retail sentiment like the behavior seen earlier this year.

The IG Client Sentiment report shows 63.95% of traders are currently net-long EUR/USD, with the ratio of traders long to short standing at 1.77 to 1.

With that said, fresh data prints coming out of the US may largely EUR/USD over the coming days as the FOMC plans to implement a series of rate hikes in 2022, and the advance from the monthly low (1.0806) may turn out to be a correction in the broader trend as the range bound price action from last week appears to be unraveling.

AUD/USD Traders Kick Off the Week as ...