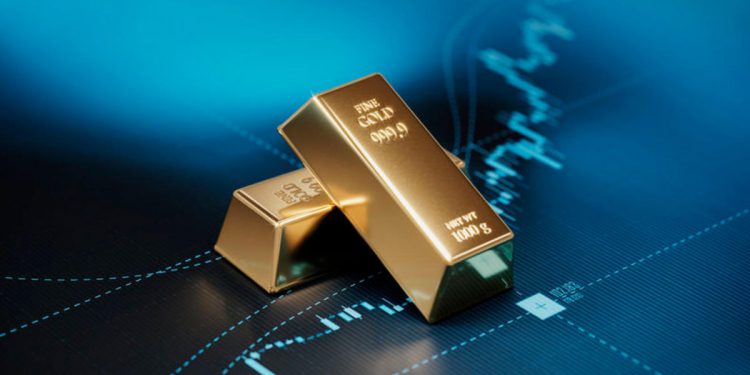 Gold Price Reveres: The price of gold consolidates following the Federal Reserve interest rate decision as the central bank shows a greater willingness to further adjust the forward guidance for monetary policy, and bullion appears to be reversing ahead of the 50-Day SMA ($1882) as it retains the advance from the monthly low ($1895).

The recent rebound in the price of gold seems to have stalled as the S&P 500 index trades around its 200-Day SMA, and the recovery in investor confidence may continue to drag on the precious metal as the Russia-Ukraine war continues to pose a threat to the global economy.

At the same time, recent remarks from Fed Chairman Jerome Powell seems to be influencing the price of gold as the central bank head warns that the Federal Open Market Committee (FOMC) could “move more aggressively by raising the federal funds rate by more than 25 basis points,” and bullion may face headwinds ahead of the next interest rate decision on May 4 as the FOMC plans to winddown its balance sheet in 2022.

Until then, data prints coming out of the US may impact the outlook for gold as Chairman Powell acknowledges that “an extended period of high inflation could push longer-term expectations uncomfortably higher,” and signs of persistent price pressures may keep the precious metal afloat as market participants hedge against inflation.

In turn, the Russia-Ukraine war along with evidence of rising inflation may continue to heighten the appeal of gold even though the CME FedWatch Tool now reflects a greater than 60% for a 50bp Fed rate hike, and bullion may stage further attempts to test the record high ($2075) as long as it retains the advance from the March low ($1895).

With that said, the decline from the yearly high ($2070) may turn out to be a correction in the broader trend as the rally in the price of gold generates a positive slope in the 50-Day SMA ($1882), but the precious metal may face range bound conditions over the coming days if the recovery in risk appetite persist.