EUR/USD Consolidates After Failing to Push Back Above Former Support 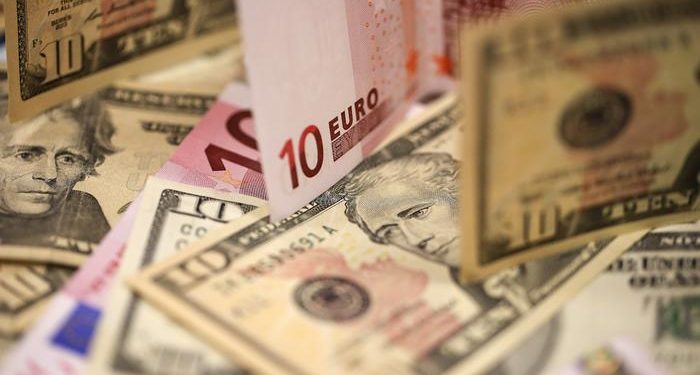 EUR/USD Consolidates: EUR/USD trades marginal higher after carving a series of lower highs and lows, but the Federal Reserve interest rate decision may undermine the recent rebound in the exchange rate as the central bank is expected to alter the course for monetary policy.

EUR/USD CONSOLIDATES AFTER FAILING TO PUSH BACK ABOVE FORMER SUPPORT

EUR/USD has failed to push back above the former support zone around January low (1.1121)amid the kneejerk reaction to the European Central Bank (ECB) meeting, and the rebound from the monthly low (1.0806) may continue to unravel with the Federal Open Market Committee (FOMC) anticipated to announce a 25bp rate hike later this week.

At the same time, fresh forecasts from Fed officials may sway the US Dollar as the central bank is scheduled to release the updated Summary of Economic Projections (SEP), and a material adjustment in the interest rate dot plot is likely to fuel speculation for an extended series of rate hikes as “participants suggested that a faster pace of increases in the target range for the federal funds rate than in the post-2015 period would likely be warranted, should the economy evolve generally in line with the Committee’s expectation.”

However, similar to the ECB meeting, the press conference following the rate decision may largely impact financial markets amid the limited details surrounding the Fed’s balance sheet, and the central bank may prepare US households and businesses for a gradual shift in monetary policy in order to avoid the “risk that financial conditions might tighten unduly in response to a rapid removal of policy accommodation.”

In turn, a dovish Fed rate hike along with little indications for quantitative tightening may fuel the recent rebound in EUR/USD, and a further advance in the exchange rate may alleviate the tilt in retail sentiment like the behavior seen earlier this year.

The IG Client Sentiment report shows 62.59% of traders are currently net-long USD/CAD, with the ratio of traders long to short standing at 1.67 to 1.

The number of traders net-long is 3.13% higher than yesterday and 4.01% lower from last week, while the number of traders net-short is 34.08% higher than yesterday and 12.27% higher from last week. The decline in net-long interest has helped to alleviate the crowding behavior as 66.94% were net-long EUR/USD last week, while the jump in net-short position comes as the exchange rate carves a series of lower highs and lows.

With that said, the Fed rate decision may undermine the recent rebound in EUR/USD as the central bank is expected to implement higher interest rates, and the rebound from the monthly low (1.0806) may continue to unravel as the exchange rate appears to have reversed ahead of the former support zone around January low (1.1121).