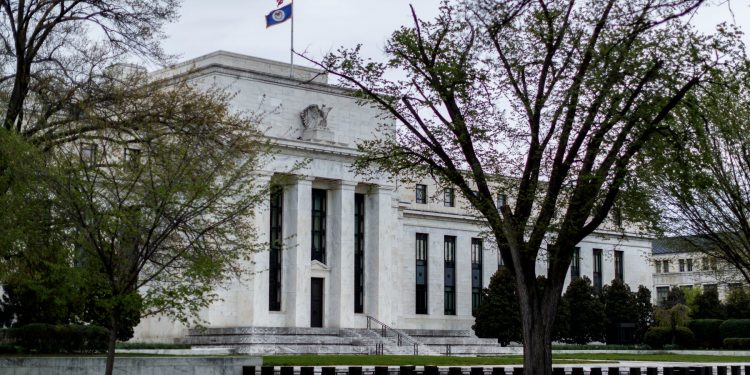 British Pound Action: The British Pound is steady against the US Dollar, but it has made a 2-year high against the Euro. EUR/GBP traded as low as 0.8305, nearing the December 2019 low of 0.8277.

Risk aversion continued on from the US session and into APAC equities today as concerns over central bank tightening weighed on investor sentiment.

Geopolitical risks appear to be on the rise with US President Joe Biden again warning that a Russian invasion of the Ukraine would have serious consequences.

Netflix reported after the close and showed a massive drop in subscriber projections for the first quarter. That saw the stock tumble 20% in the aftermarket. This seemed to feed into wide tech stock declines.

The Nasdaq cash market closed down 1.3%. It has continued the slide in the futures market in Asia, down over 1% since the close in New York. The broader indices have also been dragged down.

Japanese equities were more than 1 % lower while Australia’s ASX 200 was down more than 2%.

Not surprisingly in this market, high beta commodity related currencies have been crunched while haven currencies are finding support.

In this environment, the AUD is the worst performer, joined by NZD and CAD. The best performing currency is JPY followed by CHF, EUR then USD.

As investors head to the hills, debt markets are being sort after. Treasuries are being hoovered, pushing down 10-year yields to 1.77%, well below 1.90% seen on Wednesday.

Commodities have also been hit, WTI crude oil has visited a low of $82.78 bbl today, down from yesterday’s high of $87.10. All other energy commodities are generally lower.

Somewhat against the grain, industrial metals are holding onto recent gains for now. Gold and silver are also doing well today.

GBP/USD appears to be consolidating between the 100 and 200-day simple moving averages (SMA) for now, currently at 1.3541 and 1.3731 respectively. These levels might provide support and resistance.

Thank you guys for visiting our site..Please tell us your comments.