Bitcoin (BTC), Ethereum (ETH) – Trying to Build a Base Off Multi-Month Lows 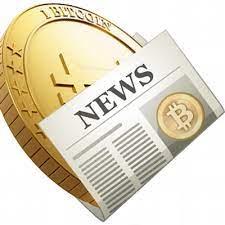 Bitcoin Ethereum Month Lows: In last weekend’s Bitcoin article I noted that support at just under $40k would need to hold if Bitcoin wanted to look to re-set higher.

‘A combination of weak fundamentals and technicals leaves Bitcoin testing lower levels to try and find the next level of support. BTC is testing a support zone between $39.6k and $41.7k as we write…’

On Monday this week Bitcoin touched $36.7k before rebounding sharply and posting a mid-week high around $44.5k. This range now looks likely to hold in the short-term with little reason to break these two boundaries. On the daily chart, the Average True Range (ATR) continues to slip lower, indicating a less volatile market, while the CCI indicator has moved out of oversold territory and is flatlining. One negative indicator, a 50-/200-day death cross, is close to being formed and may add a burst of headline volatility next week.

A similar story with Ethereum this week with a sharp sell-off on Monday followed by a bounce back and ending the week consolidating. Again, it may be that Ethereum has found a short-term base although the recent break below the 200-day simple moving average needs to be reversed quickly to allow room for further upside. The latest run of lower highs and lower lows remains intact, leaving the chart with a negative technical setup.

Bitcoin Ethereum Month Lows: It was not all doom and gloom in the crypto space last week with a few coins continuing their recent positive run. Near Protocol (NEAR) continued to run higher and made a fresh ATH…

Bitcoin Ethereum Month Lows: Dogecoin (DOGE) had another burst of volatility after Elon Musk said that Tesla is now accepting the meme coin for merchandise purchases…

while Harmony (ONE) continues to climb back towards its recent all-time high.

What is your view on Bitcoin and Ethereum – bullish or bearish?? You can let us know via the form at the end of this piece:thank you