Gold Standstill at 1,792, Ahead of FOMC and Fed Fund Rate 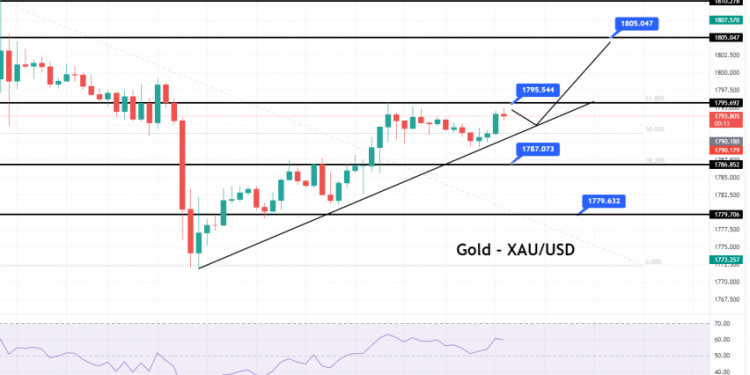 Gold was moving higher on Monday, thanks to the declining US dollar, but the macroeconomic data that was released on the day was mostly in favor of the currency. Manufacturing activity in the US improved in October, which showed the strength of the economic recovery, but it looks like investors mostly ignored the macroeconomic release and kept their focus on the upcoming US Federal Reserve meeting. The shifted focus of investors, onto the central bank’s plan to taper its pandemic stimulus measures, kept the US dollar under pressure for the day, and the yellow metal gained as a result.

Meanwhile, on Monday, Johns Hopkins University reported that the global tally of coronavirus infections has climbed above 246.8 million, and the death toll has edged above 5 million. The US continued to lead the world statistics, with a total of 45.9 million cases and a whopping 745,836 deaths. This also kept the US under pressure on Monday and supported the upward trend in gold prices.

Gold Standstill, In the 4-hour timeframe, the precious metal, gold, crossed over at the $1,789 resistance level, and it is now facing resistance at 1,795. It has started closing candles below this level, therefore; the chances of a bearish correction remain strong. Gold is now likely to gain support at the 1,790 level; which is being extended by an upward channel. The closing of candles above the 1,790 level; supports a buying trend.

On the other hand, immediate support for gold remains at 1,787, and violation of this level would expose it to the 1,779 level. On the higher side, the resistance remains at levels of 1,795 and 1,805. The RSI and Stochastic support a buying trend today. We need to keep an eye on the $1,789 level – a break below this might; offer us a selling trade and vice versa. Good luck!