Euro Jumps Ahead of EU GDP and German CPI as US Dollar Pauses. Where to for EUR/USD? 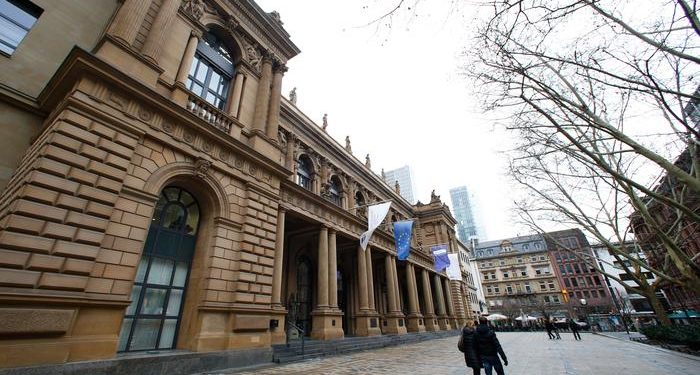 Euro Jumps Ahead of EU: The Euro regained some ground against the US Dollar today ahead of Eurozone GDP and German inflation figures.

A Bloomberg survey anticipates fourth quarter Eurozone GDP to be 6.2% year-on-year and 0.5% quarter-on quarter against previously 3.9% and 2.6% respectively.

While December German CPI is expected to be 4.4% year-on-year against 5.3% prior and -0.2 month-on-month against 0.5%previously.

Even with this data and rising heating costs for winter, the ECB are expected to maintain their monetary policy settings at their meeting this week.

APAC equities had a mixed start to the week with Honk Kong and Japanese indices over 1% higher while Australia’s ASX 200 was close to flat on the day. Mainland Chinese markets were closed for the Lunar New Year holiday.

US yields resumed their walk higher in the Asian session today after giving up a few basis points (bp) across the curve on Friday. 2-year Treasuries are at 1.20%, up 4bp, while 10-years are 2bp higher at 1.79%.

The US Dollar took a breather from its recent stellar run higher. While the growth and commodity linked currencies, AUD, CAD, NOK and NZD, recovered some lost ground today.

Euro Jumps Ahead of EU: Crude oil continued its’ march toward 6.5-year highs as geopolitical tensions swirl over the Ukraine-Russian border build-up of troops. A conflict in this region is likely to impact European energy supply.

After Eurozone GDP and German CPI today, the US will see the MNI Chicago PMI number and San Francisco Fed President Mary Daly is due to deliver a speech at a live Reuters event.

The week ahead will see the Reserve Bank of Australia (RBA), the European Central Bank (ECB) and the Bank of England (BoE) deliberate monetary policy settings.

The next day a potential bullish spinning top candlestick was formed. This might signal a pause or a potential reversal in the bearish trend.

All short, medium and long term simple moving averages (SMA) are above the price and have a negative gradient, which may indicate that bearish momentum is intact.