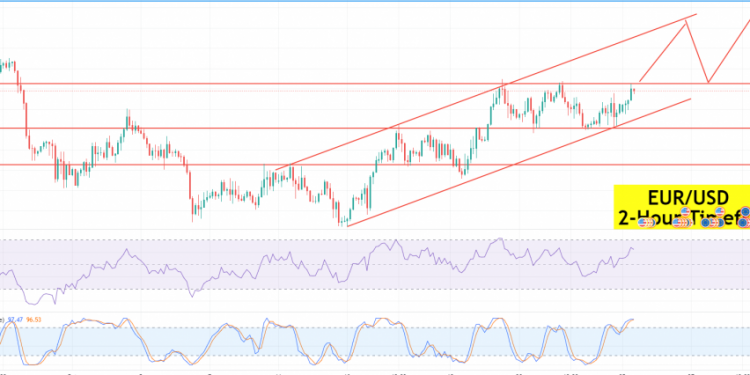 The EUR/USD price analysis remains bullish, on the back of the weaker dollar and the strength of the Euro. The EUR/USD ended the day at $1.1647, with a high of $1.1656, and a low of $1.1621. The pair rose on Friday, recouping the majority of the previous day’s losses, against the backdrop of renewed weakness in the greenback.

At 12:15 GMT, the French Flash Manufacturing PMI figures for October came in, showing a drop to 53.5, against the predicted 53.9, which weighed on the single currency Euro and capped further gains in the EUR/USD. The French Flash Services PMI surged to 56.6, against the forecast of 55.6, supporting the Euro, and pushing the EUR/USD higher.

At 12:30 GMT, the German Flash Manufacturing PMI was released. It advanced to 58.2, against the expected 56.5, lending support to the Euro and adding further gains to the EUR/USD. The German Flash Services PMI dropped to 52.4, compared to the projected 55.2, which weighed on the Euro, limiting the rise in the EUR/USD currency pair. At 13:00 GMT, the Flash Manufacturing PMI for the whole bloc came in, showing an increase to 58.5, against the forecast of 57.0. This supported the shared European currency, pushing this pair up. The Flash Services PMI dropped to 54.7, compared to the expected 55.4, putting downside pressure on the Euro.

From the US side, at 18:45 GMT, the Flash Manufacturing PMI for October came in, showing a drop to 59.2, against the estimated 60.5, which weighed on the US dollar and  pushed the EUR/USD even higher. The Flash Services PMI rose to 58.2, against the anticipated 55.3, and supported the US dollar. At 22:58 GMT, the Federal Budget Balance for September came in. It remained flat, in line with the projections of -61.5B.

Traders will also be watching what happens in the government bond markets in the United States. The 10-year Treasury yield recently attempted to settle above 1.70 percent, but it failed to generate enough upside momentum and retreated. If the 10-year Treasury yield rises above this level, it is likely to continue rising towards yearly highs of 1.77 percent, providing additional support to the US dollar.

On the technical front, the EUR/USD is heading north, to test the double top resistance level of 1.1665. A breakout above 1.1665 has the potential to trigger an upward movement until the 1.17250 level.

On the lower side, the Euro is likely to find immediate support at 1.1621. This particular support level is being extended by an upward trendline at 1.1621, and we can see it on the four hourly timeframes. Moreover, the leading technical indicators, such as the RSI and the stochastic RSI, suggest a solid bullish trend in the Euro. Therefore, a breakout at 1.1665 is likely to determine further trends in the EUR/USD currency pair. Good luck!