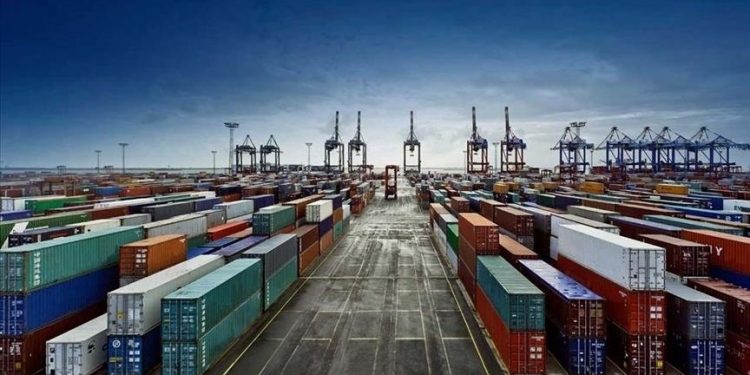 BRUSSELS, May 16 (Reuters) – The eurozone trade balance hit an all-time low in March due to rising import costs, according to data from Monday.

Adjusted for seasonal swings the euro zone trade gap was even bigger at 17.6 billion euros in March — the biggest trade gap on record since Eurostat data started in 1999.

Eurostat stated that the unadjusted value of imports in March increased by 35.4% compared to the same period last year, while the increase in exports increased by only 14.0%.

The change in the value of energy imports was the most spectacular, with the deficit in energy trade almost tripling to 128.7 billion euros in the first three months of the year.

The European Union’s trade deficit with Russia — its main energy supplier — more than quadrupled to 45.2 billion euros in the first quarter from 10.8 billion in the same period of 2021.

The trade gap with China, Europe’s biggest trading partner, almost doubled to 91.9 billion euros in the January-March period from 50.3 billion a year earlier.

The European Commission has cut its forecast for European growth this year, and hiked its inflation forecast, as the Ukraine war hits the economy.

In its latest Spring forecasts, the EC predicts real GDP growth in both the EU and the euro area of 2.7% in 2022, down from 4% forecast three months ago.

And with energy prices having soared this year, inflation is expected to average 6.1% in 2022, and peak at 6.9% in the current quarter (it hit 7.5% in April, the highest rate in the history of the monetary union).

That’s a “considerable upward revision compared to the Winter 2022 interim Forecast” of 3.5% inflation, the Commission says. Inflation is then seen falling to 2.7% in 2023, still over the European Central Bank’s 2% target.

The outlook for the EU economy before the outbreak of the war was for a prolonged and robust expansion. But Russia’s invasion of Ukraine has posed new challenges, just as the Union had recovered from the economic impacts of the pandemic.

By exerting further upward pressures on commodity prices, causing renewed supply disruptions and increasing uncertainty, the war is exacerbating pre-existing headwinds to growth, which were previously expected to subside.