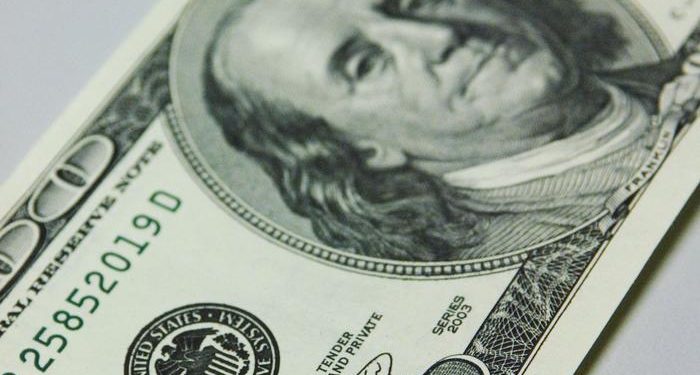 US Dollar Price Action Setups: It’s now been almost three trading days since the US Dollar has set a fresh yearly high. And, naturally, this gives rise to pullback potential given how extreme the move was pricing in through April trade. But, tomorrow brings that next big driver with the FOMC for the May rate decision and this is where the bank is expected to hike rates by 50 basis points while also communicating their plans with the balance sheet.

And, to be sure, this puts the Fed in a rather extreme spot at the moment, especially in consideration of where other Central Banks are in their hiking cycles. From recent ECB and BoJ meetings, it seems there’s no rate hikes in the equation anytime soon there and given the size of each of those counterparts that puts more pressure on the USD, particularly considering the allocation that each of the Euro and the Yen have in the DXY quote.

But, on the tone of keeping pace with the Fed, or at least catching up a bit, we heard from the RBA last night with a surprise rate hike. They hiked rates by 25 basis points largely in response to higher levels of inflation; moves that the Fed likely wishes they had embarked upon last year. But, the RBA made the move last night and already AUD/USD has pushed up for a quick higher-high. And, there may be hope for continuation, as short-term charts are showing an item of support around prior resistance – which keeps the door open for this being a higher-low that could potentially leg into another bullish trend, similar to what was seen back in February.

One of the more difficult parts of markets is often separating what’s priced-in from what isn’t yet. It’s a constant game of cat and mouse, and when we have something on the calendar like we have for tomorrow, with a widely-awaited FOMC move, and there’s a wide range of possible expectation for how price might react given the varying scenarios.

But – that isolation that I mentioned earlier, in which the Fed is looking at a fairly extreme outlay in the months ahead while major Central Banks in Japan and Europe are not, well that can lead to sharp moves in currency markets.

Because currencies are the base of the financial system – there’s no other way to value a currency than by using another currency. So, to be sure, there’s been bullish bias in the US Dollar on the back of higher rates themes. This is what we’ve been following in the USD forecast for a year now. But, in the FX market, when adding weakness in Euro or Yen on the basis of loose policy from those Central Banks, it can really juice the move in the USD, as it has.

And as we sit in front of that major driver just a little more than 24 hours away, the US Dollar has already jumped up to a fresh 19-year high. This happened last Thursday and since then there’s been quite a bit of back-and-forth, as shown on the daily chart below.

The US Dollar has already seen an extreme move, pricing in those expectations around the FOMC. The big question here is what more can they say to compel buyers to rush into the USD to push beyond fresh highs? I’m not discounting this possibility, but am legitimately wondering.

In typical cases of this nature, a pullback will often be in order. The simple prospect of the Fed not continuing the extreme shift could be enough to cause profit taking, which could then craft fresh short-term lows, thereby compelling more to sell. This can take place all the way until we hit some point of equilibrium at which buyers want to jump back into the market. And, usually, a point of prior resistance is an attractive reference. But, given the veracity of the initial move, there’s not many points of prior resistance that’s nearby. We have to go all the way down to the 101 handle for a swing high from two weeks ago to even find the last short-term pullback.

So, a bit of creativity may be required here in plotting for support potential. There’s a Fibonacci level around 102 that’s of interest; and the 101 level is below that. Between current price and 102, there’s a quick swing around 102.80 that came into play last Friday and this could be looked at as an aggressive spot of nearby support in the USD.

Going along with that extreme move in the USD has been the mirror image of that theme in EUR/USD, which has been absolutely melting down of late. Inflation hasn’t taken-hold in Europe nearly to the same degree as the US so the motivation for the ECB to get more-hawkish isn’t quite there yet. And, combine a war on the Eastern border and there’s a lot to be concerned about around the Euro.

The pair was crushed in late-April to drive all the way down to fresh two-year-lows. But, that move has since started to build in support around the 1.0500 handle, which has helped to set support since last Wednesday.

Buyers are pushing back at the moment, and this opens the door for a test of the Friday high at the Fibonacci level of 1.0592. Above that, there’s a priors wing-low at 1.0637 after which another prior swing comes into the picture at 1.0695. If buyers can really force a pullback, the level at 1.0767 could serve as a form of invalidation of the bearish theme while opening the door for a larger pullback.

USD/JPY has similar been in the midst of an extreme movement and the divergence between representative Central Banks is probably more on display here than even with the EUR/USD situation. The Bank of Japan continues with a very loose monetary policy outlay and as the Fed has shifted, that divergence has only grown. This move has been building in since early-March when the pair was around the 115.00 level. It’s lasted pretty much through April as prices became entangled with the 130 level.

And, so far, pullbacks have been slight. And very orderly, as each recent pullback episode has merely pushed back to support at prior resistance before launching higher again.

We’ve already had an episode of recent resistance coming in as support and that’s at 129.41. That held the low last Friday, and at this point, it remains as support potential in the pair.