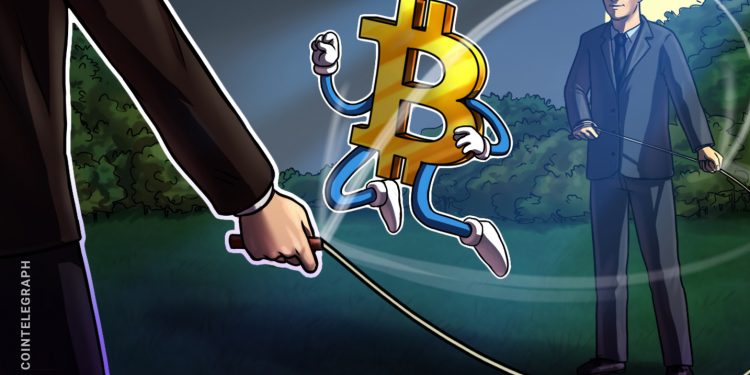 Bitcoin Price Forecast Q2: Q1 hasn’t been easy for investors. In fact, the stock market had one of its worst starts to a year in history, rivaled by the GFC and great depression. Of course, Bitcoin as a high beta asset hasn’t been immune to the drop in stocks, falling over 13% (at the time of writing) from three months ago. In last quarter’s outlook I focused on the headwinds bitcoin was likely to face given the developing negative macroeconomic conditions. This has largely played out, but unfortunately is not over.

As we look ahead to what is in store for crypto markets in Q2, I still believe that “macro matters” in the sense that tighter financial conditions and slowing economic growth are serious headwinds. The de-leveraging and liquidity draining impact of the Fed’s policy shift will likely cap any serious rise in crypto prices, but in the face of that, there are a few fundamental and regulatory points for long term investors to be excited about. Mainly, a pro-crypto executive order from President Biden’s desk and continued signs of growth across the Bitcoin network.

Here is an updated view on the current macro setup and its potential implications on crypto.

On the surface, bitcoin has underperformed against assets from commodities and gold to tech stocks and even bonds (which have been a disaster). This should come as no surprise as bitcoin remains positively correlated to equity risk and stocks broadly have exhibited poor performance.

Now, it’s possible this relationship breaks down and bitcoin trades independent of equities, it’s just difficult to argue the souring macro backdrop and monetary policy impacting stocks, doesn’t weigh on bitcoin too. This is evident when looking at one of the best indictors of economic health, the U.S. Treasury Yield Curve.

In our previous outlook, I examined the relationship between the economic engine and the price of bitcoin, highlighting bitcoin’s price as largely a function of economic growth and monetary policy expectations. Whereby bitcoin simply does better during periods of monetary stimulus and economic expansion. (A dramatically different environment than the present.) If we can get the direction of growth and policy right, there is a higher probability we can get the trend of bitcoin’s price right too.

Back to the yield curve…

The US Treasury curve does a respectable job of reflecting the market’s view of future economic growth. It’s not perfect, but generally speaking, a steepening curve signals improving growth expectations as longer dated interest rates increase relative to short-term rates. This is healthy.

When the curve is flattening, it’s viewed as the opposite, with the expectation that economic growth is likely to slow in the future. Said differently… All is not right, something is broken.

When we look at the curve from the perspective of bitcoin’s performance, the pair have decoupled recently, but we can see bitcoin’s price tracks the direction of the yield curve fairly well. Currently, the yield curve is getting smashed lower which should warrant concern for bitcoin’s ability to move meaningfully higher should this continue.

If we pull away from the immediate term macro backdrop for a moment, we should note a number of bullish signs we’re seeing in the market, specifically encouraging developments on the regulatory front and the continued growth of the bitcoin network.

The President’s order related to crypto regulation is a meaningful step towards providing the industry with much needed clarity and should be perceived as a positive development for crypto. This will inevitably result in a framework for crypto focused companies to operate within. It will also encourage participation from firms that have previously shied away from the space due to a lack of regulation. Looking out, this is a seemingly bullish development for long-term investors.

We’re also seeing increased activity on the network via continued growth in active wallet addresses. Wallet address growth is up 2.3% q/q to 944 million, and there was a significant increase in average transfer volume to over 4 million BTC per day, versus roughly two million during the same period last year.

In closing, it’s my view that BTC is likely to struggle short-term, due to Q2 market conditions (recent lows are within the range of short-term probabilities). Long-term bulls should take solace in the positive developments regarding the bitcoin network, especially the regulatory clarity offered by the recent U.S. Executive Order.