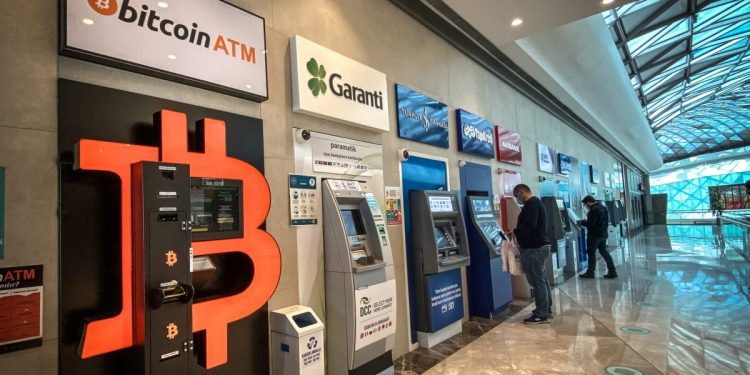 Bitcoin Selloff: Asia-Pacific stocks and currencies will likely remain under pressure Friday after Wall Street stocks trimmed early losses and fell into the close overnight. The tech-heavy Nasdaq 100 index (NDX) shed 1.20%, marking the lowest close since June 16. Cyclically-sensitive stocks managed to avoid much of the weakness, but a drop in oil prices dragged the Dow Jones Industrial Average into a red close.

fell on the risk-averse mood hanging over the market, but the cryptocurrency held up fairly well despite negative headlines. The Biden administration is said to be preparing an executive order aimed at regulating digital assets and cryptocurrencies, justifying the move as a national security matter. A draft of the executive action is expected in the coming weeks. BTC/USD fell to its lowest level since July 23, 2021, earlier this week. That said, prices may have been aided by BTC’s loyal cohort of dip buyers.

The risk-sensitive New Zealand Dollar and Australian Dollar are lower against the US Dollar, which is being boosted by risk-off flows. A drop in New Zealand’s consumer confidence for January – reported this morning by ANZ-Roy Morgan — didn’t do the Kiwi Dollar any favors. The island nation is set to report its fourth-quarter employment data early next week. Analysts expect Q4 growth to drop to 3.8% from 4.3% on a year-over-year basis.

Asian stock indexes fell Thursday following the FOMC policy meeting that came across as more hawkish than many initially forecasted. There was speculation going into FOMC that Powell would push back against some of the aggressive pricing over interest rate hikes in markets. That didn’t happen. Instead, Powell noted that inflation risks remain to the upside in his view and the view of most board members, prompting a more hawkish take than initially expected.

This morning, South Korea reported a bundle of economic indicators for December that showed the Omicron variant likely dragged on growth. Construction output rose 1.5% y/y; industrial production rose 4.3% m/m, beating the consensus 1% forecast; and retail sales rose 2.0% m/m, up from -1.9% in November. Omicron cases continue to increase in South Korea despite the introduction of more stringent social distancing measures. Hong Kong will report its fourth-quarter GDP growth rate later today. Analysts expect the figure to cross the wires at 4.7% y/y, down from 5.0% in Q3.

BTC/USD weakness has eased slightly since hitting multi-month lows over the past week. That upside action appears to have formed a Bear Flag pattern, which suggests the prevailing downward trend may soon resume. A break below the flag’s support level could initiate a selloff. The 30,000 and 40,000 psychological levels offer upside and downside targets for traders.

Australian Dollar Outlook: All Eyes on the ...